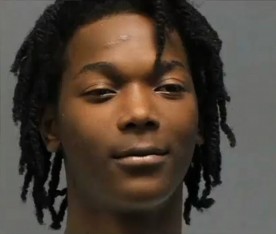 54-year-old Gwendolyn Jenrette shot and killed a 17-year-old teen that broke into her Liberty City home on Thursday and now the teen’s family members are calling for the state’s attorney to file charges against the woman.  What’s more, The Washington Post is using the incident to criticize Florida’s homeowner protection laws.

Jenrette raced home last Thursday after she received an alert from a security system company that there was a possible break-in at her home.  Police were also alerted and dispatched to the home, however, Janrette arrived and found 17-year-old Trevon Johnson climbing out of a window.  According to investigators, there was then a confrontation between Johnson and Jenrette and police officers responding to the scene heard at least one gunshot.  They immediately entered the backyard and found Johnson on the ground bleeding from an apparent gunshot wound.  He was immediately transported to a local hospital where he was pronounced dead later that evening.

Jenrette was taken to the police station and interviewed while other investigators stayed behind at the home to collect evidence.  Authorities described her as “a little distraught” by the events but said she was otherwise cooperating with the investigation.

Enter Michael E. Miller with the Washington Post, who picked up on the story for an article this morning in which he laments about the difficulty some states have in prosecuting homeowners that dare to defend their homes from intruders.

The Post highlights several comments critical of Janrette made by Johnson’s family members to local news reporters in the aftermath of the shooting and described them as “an impassioned claims that the teenager deserved justice, despite the circumstances of his death.”

The newspaper even goes so far as to highlight a comment from Johnson’s cousin that seems to blame Janrette for failing to recognize that maybe Johnson didn’t have another way to get money school clothes.

However, what really gets at the Post is that Florida law provides “some of the staunchest protections in the country” for those seeking to protect their home intruders.

The Post goes on to note that in Florida “anybody who ‘unlawfully and by force enters or attempts to enter a person’s dwelling, residence, or occupied vehicle is presumed to be doing so with the intent to commit an unlawful act involving force or violence.’”

It will ultimately be up to the state’s attorney to decide whether charges are justified in this case.  However, as noted above, Florida homeowners are essentially presumed to be lawfully acting in self-defense if they have to shoot an intruder trying to break into to their home.  As a result, Janrette is unlikely to be charged with a crime in this case.  Furthermore, given the circumstance of this case, a strong argument could be made that she would not be charged even in state’s with lesser homeowner protections than Florida.

Bottom line, critics would be wise to pick another incident to hold up as example of alleged injustice that results from Florida’s homeowners protection laws.