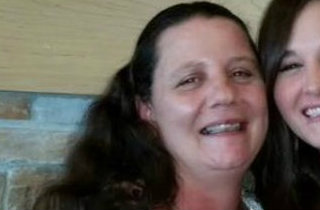 When Rita Maze spoke to her husband for the last time, she was in a trunk. On Tuesday, the 47-year-old Montana woman said she was hit in the head and kidnapped at a rest stop by Interstate-15. She managed to use a cellphone from inside her own car, reaching her family and a few investigators.

“She didn’t know her location, but she was able to talk to them over her cellphone, sporadically, as coverage faded in and out,” Lewis and Clark County Sheriff Leo Dutton told CBS News.

The signal was eventually too weak to sustain a call, but authorities were able to track the signal. A license plate reader near Post Falls, Idaho even caught her car’s plate. It wasn’t enough.

The car was discovered Wednesday in Spokane, Washington just after midnight. Maze was in the truck, now dead. No driver.

This investigation is ongoing, and details are few. The cause of death hasn’t been released yet. Dutton said it was believed to be a homicide, and that Maze was killed after the car made it to Spokane. Authorities were looking for a person of interest but for now—

He suggested this may have been a random attack.

“My mom was always a playful mom,” her daughter Rochelle told KXHL. “She was always swimming with us in the pool and throwing us around. Taking us on park days and always being a kid with us. She was a child at heart at all times. That is what I remember about my mom.”

A GoFundMe has been started to support the family.