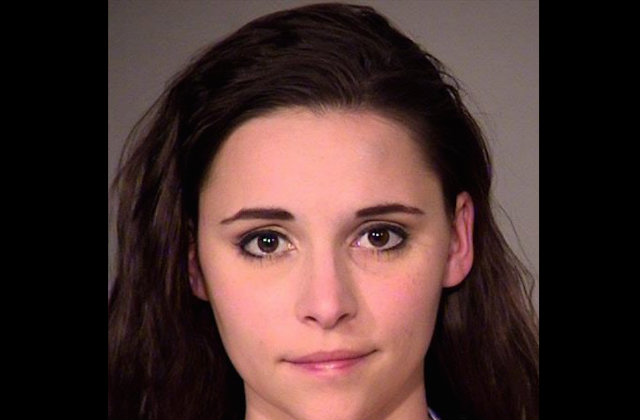 An Oregon woman faces probation for groping a female passenger on an Alaska Airlines flight. Heidi McKinney, 26, is scheduled for a sentencing hearing at U.S. District Court on Monday. She pleaded guilty in March to assault with the intent to commit a felony, although she was originally charged with third-degree sexual abuse by Multnomah County officials.

Court documents obtained by KOIN say it happened during a Las Vegas-to-Portland flight on May 10, 2016. The victim said McKinney sat down next to her, and put her hands on the victim’s chest, “allowing her hands to linger there uncomfortably.”

McKinney made unrequited small talk, asking personal questions, disrespecting how much wealth the victim seemed to have, and bragging about her own wealth. She also put her arm around the woman, and took photos of her. This was before lift-off. In the air, McKinney brought out alcohol she smuggled onto the flight. The victim turned her down, and the defendant threw it at the woman’s lap.

Things escalated, according to court documents: McKinney tried to make out with the woman without consent, including touching her crotch three times.The victim pushed her off after the defendant climbed “on top of the victim and telling the victim that she wanted to [redacted].” In response, McKinney called her “poor.”

Prosecutors said the victim is traumatized by the incident.

McKinney will possibly face three years of probation after prosecutors said her “history of alcohol and substance abuse” should be mitigating factors.