University Put on Lockdown for Four Hours Over Glue Gun 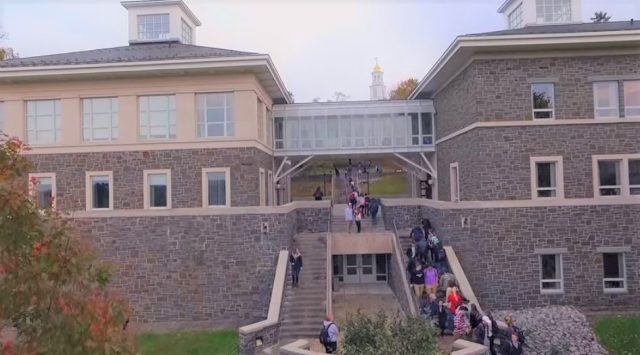 Colgate University had an embarrassing moment Monday night, when a report of a student with a weapon resulted in a four-hour campus lockdown, only for the allegedly dangerous item to be just a glue gun.

According to Interim Dean of the College Mark Thompson, witnesses saw a student enter the O’Connor Campus Center with the arts and crafts instrument, and reported it to campus safety officials at about 8:00 pm. The school issued a social media alert saying that there was an armed person at the campus center, that people at school should stay inside, and those who were away from the Upstate New York campus should keep their distance.

Colgate Alert: There is an armed person at the Coop. Find a safe space and remain indoors. If you are off-campus,stay away.

Thompson said that a campus-wide search ensued, during which law enforcement officials realized that the “emergency situation” was really just a student working on an art project.

“We understand that this has been a very upsetting evening on many levels,” Thompson said, offering students the opportunity to gather at a campus chapel late Monday night after the sticky situation was resolved.