TSA Spent Lots of $$$ to Develop App That Points Left or Right… Yes, That’s All It Does 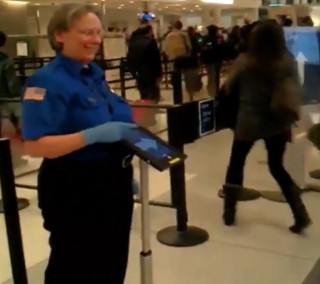 If you are a frequent traveler, you might recall Transportation Security Administration (TSA) agents standing in front of a security check point with an iPad.  They tap their finger, and an arrow on the screen points left or right randomly to determine if you are, in fact, the lucky chosen one to use the TSA pre-check line (if you are not approved for the program). The purpose was to randomly assign travelers to the expedited screening lines so as to cut down on long wait times. They didn’t want suspected bad guys to detect a pattern and circumvent the enhanced screening by not taking off their shoes.

Well, apparently, the TSA is getting quite a bit of flack after an enterprising young technologist, Kevin Burke, filed an open records request to figure out how much the groundbreaking (sarcasm added) technology cost.  He discovered that the application was part of a large $1.4 million contract deal with IBM.

The TSA later clarified to LawNewz.com explaining that the randomizer application itself  only cost $47,000 to develop. A drop in the bucket for the federal budget, but an example of how some say the feds totally overspend on something that can be developed by any entry level computer programmer. In fact, I just downloaded a randomizing app on my iPhone for free!

Geek.com poked fun at how easy it would be to develop this app:

When someone starts learning how to code, one of the first things they create is a program that generates and outputs random numbers. In most cases, it’s an incredibly simple program to make because your programming language of choice has a randomizing function available to use.

And then, a guy on Reddit decided to post a video showing how you can create a randomizing application like the TSA’s in just 10 minutes and for $10 dollars:

Interestingly, a TSA spokesperson told LawNewz.com that they suspended the program several months ago. That’s right, it looks the government spent $47,000 in taxpayer dollars for an application that points left and right — and is, of course, no longer being used.