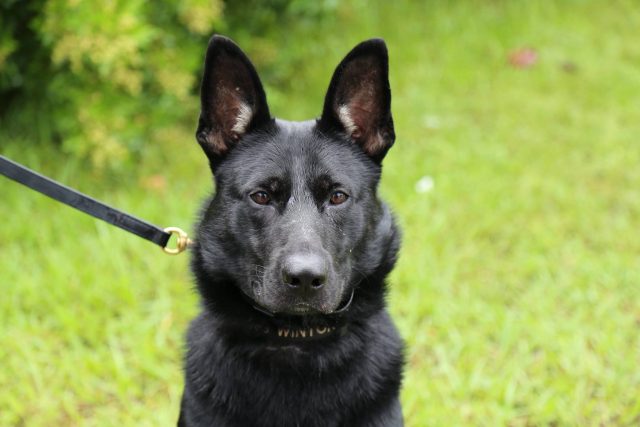 Here’s a cute story to cap off your week. The Polk County Sheriff’s Office sure is proud of their K9 deputy Winton. After the dog apprehended a fugitive on the run from officers, they posted a glowing description of the, er, collar.

Josh George had been evading law enforcement ever since he fled from a traffic stop on Wednesday, the Sheriff’s Office said in their Facebook post. On Friday, they got a tip that George was holed up in a local house, and deputies, local police officers, and K9’s—including Winton—responded to the scene.

At first, George refused to leave. “Then he made the biggest mistake,” the post says. “He took off running from the house.” Winton chased after him. “If you know anything about Winton, he doesn’t give up,” the Sheriff’s Office gushed.

Winton caught up to George and bit him in the rear end. George is getting treatment for the bite wounds, and will then be sent to jail on warrants for offenses including aggravated assault on a law enforcement officer and giving false information to an officer.