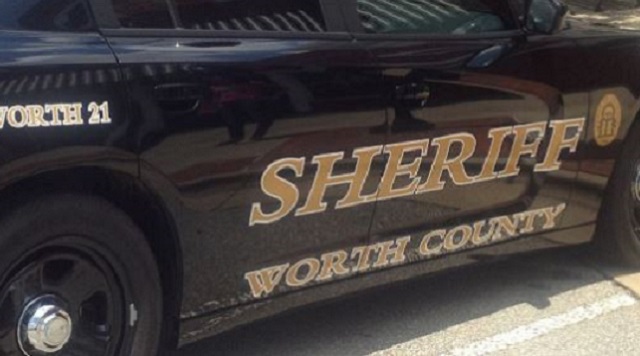 In today’s edition of “Are You Kidding Me?” some civil rights lawyers in Georgia have filed a class action lawsuit on behalf of high school students who were allegedly frightened, embarrassed, molested, and assaulted in a “mass search” conducted by the Worth County Sheriff’s office. Yep. That’s what I said. Here’s how it went down, according to the complaint filed this week:

On April 14, 2017, Worth County High School was placed on lockdown, as Sheriff Jeff Hobby, escorted by a team of 40 uniformed officers with police dogs, arrived on school grounds to conduct a surprise drug search. The kids’ cell phones were seized, and all 900 of them were prevented from contacting their parents for the four hour search. Oh, and the students were also prevented from using the restrooms the whole time. Because that’s an appropriate way to treat school kids.

I know. I’m already a little sickened. But stick with me, because this gets way worse.

The lawsuit alleges that all or nearly all of the students present that day –900 of them – were searched in a pretty horrific way. According to the complaint, which you can see here, in full view of other students, and while Sheriff Hobby himself stood by watching, the Sheriff’s Deputies:

The reason for this alleged inappropriate/invasive/traumatizing/illegal/criminal “search” was to uncover suspected drugs. Sheriff Hobby apparently had a list of thirteen students on a “target list” that were suspected of possessing drugs – only three of whom were even in school on April 14. And get this – even after all 900 students were searched – no drugs were even found. None. On anyone.

Honestly, the only thing keeping me from going into a full-on fit of violent rage right now is that lawyers for the high school students are just as angry as I am, and they’re taking that outrage straight to federal court. The lawsuit makes claims for violation of the students’ civil rights, as well as for unconstitutional search and seizure and invasion of privacy. It requests both compensatory and punitive damages – and I sure hope this class of plaintiffs gets both in a big way.

I spoke with Mark Begnaud today, co-counsel for the plaintiff students, who said:

“This was an abuse of power by an elected official.  Courts have made it clear that baseless searches of students’ bodies by law enforcement officers are illegal.  The Fourth Amendment requires individualized suspicion before a deputy can lay hands on a child – much less touch his or her private parts.  Sheriff Hobby and his deputies violated the civil rights of these students when they conducted 900 suspicionless searches.  We are privileged to represent a group of Worth County High School students in seeking to reaffirm what the Supreme Court has long recognized: students do not shed their constitutional rights at the schoolhouse gate.”

Sheriff Hobby was also asked about the search, and he told his local ABC affiliate that “as long as a school administrator was present, the personal search of the children was legal.”

“Legal”?  Yeah, that’s just not true.  The real law – not the I’m-the-Sheriff-and-I-do-as-I-please version of the law—is that students do have legitimate expectations of privacy while on school grounds. No, those privacy rights aren’t identical to the rights one enjoys in one’s home – but they’re still quite real just the same.  And that means that neither school officials nor the Sheriff’s Department can just saunter in and subject hundreds of students to abuse in the name of contraband.

The Supreme Court has been pretty clear on this rule:

“It is now beyond dispute that the Federal Constitution, by virtue of the Fourteenth Amendment, prohibits unreasonable searches and seizures by state officers.

Equally indisputable is the proposition that the Fourteenth Amendment protects the rights of students against encroachment by public school officials.”

SCOTUS has clarified that it understands quite well the need for school officials to have a hand in maintaining the safety of the school environment. Sometimes, to protect everyone, school officials really do need to step in and conduct searches or seizures that might violate the Fourth Amendment if done in a typical law-enforcement context. The Court has explained that searches of school kids don’t require the same “probable cause” that would apply to a police search on the street – but that they do require the lower standard of “reasonableness.” In the Court’s words, when we’re talking school searches:

“Such a search will be permissible in its scope when the measures adopted are reasonably related to the objectives of the search and not excessively intrusive in light of the age and sex of the student and the nature of the infraction.”

Sounds good to me. Also sounds like the exact opposite of what Sheriff McFeely and his minions did over at Worth County High School. Even if they had reasonable suspicion of drug possession (and that’s some next-level hypothetical garbage, given that 900 were searched when only 3 were even suspected), there is no way in hell the manner of this search was “reasonable.”

“I do not know of any context when law enforcement officials should be allowed to interrupt over four hours of instructional time conducting suspicionless searches of nearly every student at a high school (or any school).  The Fourth Amendment requires that law enforcement officials have individualized suspicion before they can touch a child; they did not have that in this situation.  The children were searched simply because they were in school that day and that is wrong.”

Unless this is some alternate reality in which we allow strangers to molest our kids, this feels like straight-up assault to me.  We’ll continue to update you on this lawsuit, but I’m sensing there will be a class certification, an enormous settlement, and a new sheriff in town.

This piece has been updated to include additional legal analysis.

[Image via Worth County Sheriff’s Office]