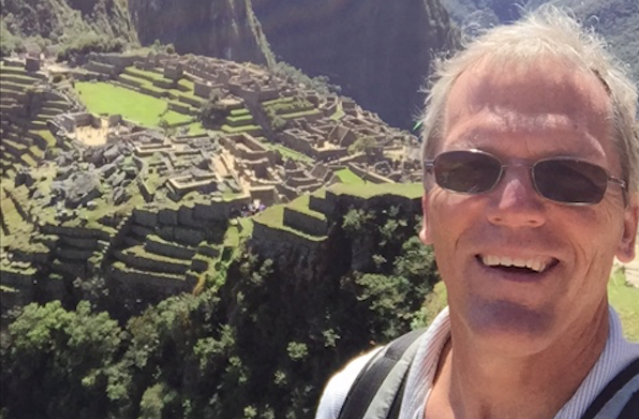 A California teacher is on leave after multiple students reportedly accused him of sexual misconduct. The thing is that the school district previously let him keep his job even though it determined he sexually harassed a 14-year-old girl, according to The Sacramento Bee.

Douglas Mason, 56, used to teach a health course to freshmen at Woodcreek High School. Documents obtained by the Bee showed that a female 9th grader accused him of sexual harassment in April. She reportedly told officials with the Roseville Joint Union High School District that he massaged her shoulders in multiple occasions, pulled her ankle-length skirt to the knee, winked at her in a flirty manner during class, said she was good looking, and pretty much told her that he loved her. He also allegedly told her to call him during the summer. As the Bee phrased it, this was so “he could hear her voice.”

District officials said that Mason’s actions broke professional standards, and they offered counseling to the girl, but they determined that the teacher’s actions weren’t technically sexual harassment.

“The district has made it very clear to Mr. Mason that any other incident of similar behavior could result in a recommendation to the Board of Trustees to be dismissed as a teacher in the Roseville Joint Union High School District,” wrote Roseville Joint Union Assistant Superintendent Steve Williams in a letter to the parents.

The district determined that Mason’s actions did not hurt the girl’s grades even though he made her feel distraught in class. The teen’s parents complained the California Department of Education about this finding. State officials said the district failed to take the evidence into account: other students made similar allegations against him. Officials with Roseville looked at the case again, and this time, they determined that the actions were sexual harassment. Even so, they just transferred him to other high schools.

Mason could not be reached for comment about all this, but his professional career is already on the precipice. The Bee broke its story about the 14-year-old girl on Friday, and the teacher has since been put on leave.

“As a result of this heightened publicity, additional students and families are coming forward with similar allegations of inappropriate or unacceptable behavior by Mr. Mason,” wrote Brad Basham, the executive director for personnel services in the school district, in a statement to the Bee. When the outlet previously asked him about the 14-year-old girl’s allegations, he said that he couldn’t comment on a specific complaint.

The District understands and shares the community’s concern regarding this very serious matter. However, the District cannot try this case in the media. The public should know the following: the initial complaint was investigated and resulted in significant discipline of Doug Mason. In addition, we reported the allegations to the state credentialing agency. We also reported the allegations to law enforcement, who conducted an investigation. On appeal by the parents, the CDE directed us to initiate another investigation. That investigation produced new information which constituted sexual harassment. Recently, additional allegations have been brought forward and they are being investigated. Mr. Mason was placed on administrative leave by the District. Due to the nature of the ongoing investigation, legal counsel has directed the District to not comment further on this matter.

Note: A spokesman for the school district supplied Law&Crime with a statement.