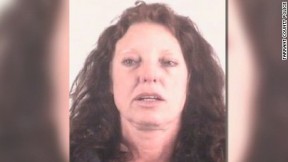 FORT WORTH, Texas (AP) — Prosecutors are asking a judge to revoke the bond posted by the mother of a Texas teenager who used an “affluenza” defense after he killed four people in a 2013 drunken-driving crash.

Tonya Couch has been free pending trial on charges of hindering apprehension of a felon and money laundering. She and her son Ethan fled to Mexico in 2015 after video surfaced apparently showing him at a party with alcohol — a probation violation.

Now, prosecutors allege that Tonya Couch possessed or consumed alcoholic beverages in violation of her bond.

She tends a bar in suburban Fort Worth.

At trial, a psychologist blamed “affluenza” — acting irresponsibly due to wealth — for Ethan Couch’s actions. He’s serving two years in jail as a condition of his 10 years’ probation.