No, Court Says, Having Latin Music on Your Phone Doesn’t Mean You’re in a Gang | Law News
$promoSlice() doesn't exist!

No, Court Says, Having Latin Music on Your Phone Doesn’t Mean You’re in a Gang 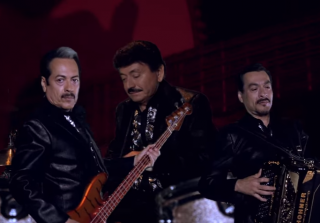 A new trial was ordered in the case of three men who had been convicted of assault, when the Washington State Supreme Court ruled that incriminating statements made by the defendants were not made voluntarily, and there was not enough additional evidence to support the charges.

The three defendants, Ricardo DeLeon, Anthony DeLeon, and Octavio Robledo, had been convicted of first degree assault while armed with a firearm with an intent to benefit a criminal street gang. But the evidence that they were actually in a gang was questionable.

While in custody, all three men said they were part of the Norteño gang, but the Court of Appeals said the statements were not made voluntarily, and could not be used as evidence. The argument for that was they only admitted to being in the gang out of fear that they’d be in danger from a rival gang if they didn’t. The jail has a policy of separating rival gangs to prevent violence, and they wanted to take advantage of that for their own safety.

After they were convicted, the Court of Appeals said that the verdict should stand because there was enough additional “untainted evidence” that they were in a gang, that the improperly used statements didn’t make a difference. Among that evidence? Latin music on Anthony DeLeon’s phone.

The State Supreme Court took offense to this. They called out the Court of Appeals for saying that a song by Los Tigres Del Norte was evidence of gang affiliation. The Supreme Court opinion then digressed into a brief biography of the Latin music group, including 32 million albums sold, and five Latin Grammy awards. The opinion then came back from its tangent, saying:

While this may not be the primary issue in this case, we felt that it was nonetheless important to take this opportunity to remind courts to exercise far more caution when drawing conclusions from a defendant’s musical preferences.

The lower court decision was reversed, and the case will have a new trial. Hopefully, the judge and jury will have more diverse musical tastes.