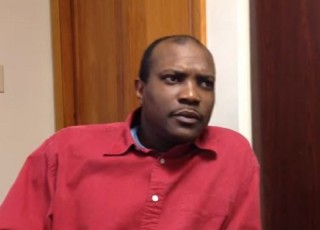 The prosecution’s DNA evidence has made already contentious murder prosecution in upstate New York even more controversial. Oral Nicholas Hillary (also known as Nick Hillary) is standing trial for the murder of 12 year-old Garrett Phillips, the son of a woman he had been involved with romantically in the past.  Local police had already admitted, under oath no less, that there was no evidence that “physically placed Oral Nicholas Hillary at the crime scene,” but that wasn’t enough. Now, several days into his trial, a report from the Albany Times Union alleges that the steps taken to try to prove Hillary was the killer went way over the line.

The report alleges that the disputed DNA evidence was processed using fingernail scrapings from the victim, but the New York State Police lab used “equipment that was not yet authorized” called the “3500 Genetic Analyzer” and a “biased ‘suspect-centric’ DNA analysis”  that stemmed from a scientist reviewing Hillary’s DNA profile. According to one of the Times Union’s sources, there were attempts to manipulate the DNA to get a match, saying that “The lab was stretching the boundaries of how we normally handle evidence. We don’t arbitrarily change amplification and run conditions to get the result we want. This is something that wasn’t done.” Even then, there was “insufficient genetic information.” A third party lab, Cybergenetics in Pennsylvania, also found no match.

This led to the prosecution sending the samples to ESR in New Zealand, whose STRmix program does a “random match probability statistic” analysis. This was the one analysis that allegedly matched Hillary. It also purportedly excluded Sheriff’s deputy John Jones, who had also been involved with the victim’s mother and was in the area around the time of the murder.However, Judge Felix J. Catena ruled that while STRmix does have a good reputation in the scientific community, its developer’s admission “that he shifted the data in a way that is not normally used with STRmix” forced him to rule that the analysis was inadmissable.

Given the police’s past admissions and the lack of physical evidence, this trial should be an interesting one to watch.