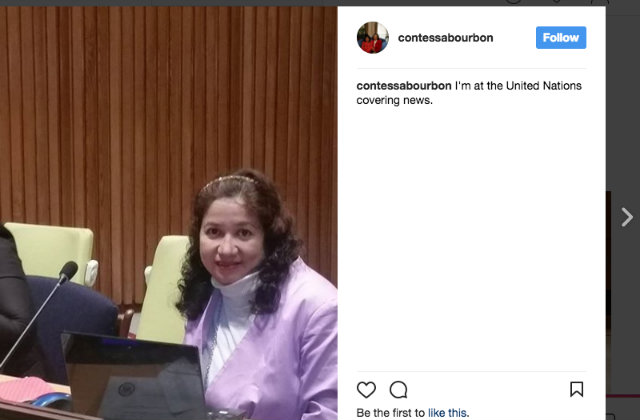 The New York Times sued a woman Thursday in New York state court for posing as one of their reporters. Defendant Contessa Bourbon has never worked for their outlet they said.

Bourbon allegedly misrepresented herself as a Times reporter in several visits to the Brookings Institution, a D.C. think tank, where she interviewed officials like the ambassador to Turkey. According to the lawsuit, the outlet learned on May 18, 2015 about what she was doing, and sent a cease and desist letter. Almost two years later, on March 29, she allegedly returned to the Brookings Institution again, and introduced herself to other attendees (including an actual Times reporter) as a Times reporter herself. She asked a question to Education Secretary Betsy DeVos, said the lawsuit.

In October, Bourbon allegedly posed as a representative for the outlet in her letter to a congressional staff member.

This came to a head. From the lawsuit:

The Times said this damaged their reputation, suing under one count of injury to business reputation under New York State law. They demand a restraining order to keep Bourbon from posing as one of their reporters. 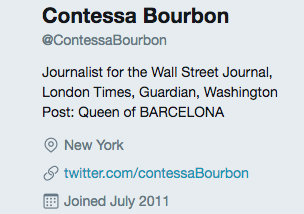 According to the lawsuit, the bio had included a reference of working for the Times. Similar references appear in Facebook and Instagram accounts.

One important condition of my living trusts is that my reputation shd not be ruined. Spreading lies coud make me remove living trusts

A representative from WaPo’s National News Desk told LawNewz that Bourbon’s name was not in their database.

“Contessa Bourbon is not an employee of The Wall Street Journal,” said a spokesperson at WSJ.

“We have not heard of this person,” said The Guardian News & Media press office.

We also reached out to The Times (in London) for comment.