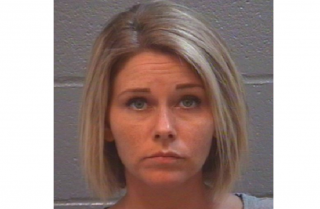 A Georgia mother was convicted after hosting a party for her 16-year-old daughter and her friends, where she reportedly joined the kids for a game of naked Twister, according to WJBF. Police reports indicate that Rachel Lehnardt, 36, also allowed the teens to smoke marijuana and drink alcohol in her home. The reports also say that Lehnardt admitted to having sex with her daughter’s 18-year-old friend at the party.

The party was reported to authorities after Lehnardt discussed details of the incident with her Alcoholics Anonymous sponsor back in April 2015, and the sponsor then told the Columbia County Sheriff’s Office, WJBF reported. After her arrest, Lehnardt’s attorney issued a statement saying that the allegations were exaggerated, but that “she engaged in several acts of inappropriate conduct,” as a result of alcohol abuse.

Lehnardt was convicted of six counts of Contributing Delinquency of a Minor, and was sentenced to 12 months of probation and a $100 fine for each count, for a total of six years of probation and $600. In addition too that, Lehnardt has to undergo mandatory drug and alcohol treatment and testing.