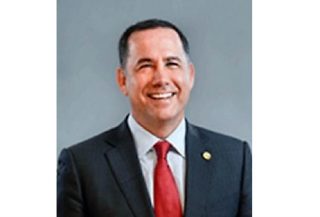 Plenty of public figures draw criticism when they post announcements or opinions on social media. It’s become part of the territory at this point. And it’s nothing new when that same figure blocks people who respond negatively. But what happens when the public figure is the mayor, and he’s silencing constituents? That’s the basis for a lawsuit that was reportedly filed by Miami Beach resident Grant Stern. Stern alleges that Mayor Phililp Levine blocked him on Twitter after he tweeted criticism that Stern directed towards the mayor’s personal account. When Stern then took to Facebook to voice his opinion on the mayor’s official page, Levine allegedly blocked him on that platform.

Stern claims that others informed him that the same thing happened to them, and he made a public records request to find out who else suffered the same online fate as him. When the state didn’t grant the request, Stern sued, saying that the information is public record subject to Florida’s Sunshine Law because Levine’s online presence is related to official business. “I want to find out the total number of people that he’s silenced and expose him as someone practicing extensive official censorship,” Stern told the Miami New Times. He is also asking for audio recordings of the mayor’s SiriusXM radio show, arguing that residents should be able to access it for free instead of having to pay for a satellite radio subscription.

“Mayor Levine is using censorship to wrongly inform public opinion about the most important issues that affect Miami Beach residents and visitors,” Stern said. He hopes that the court will recognize official social media posts as public records so that there will be more transparency in the local government. “If he can’t say what he wants to say without a response, then maybe what he is saying is not true,” he explained. “Maybe it’s false … If you censor those who disagree, then it creates the appearance of agreement.”

City attorney Aleksandr Boksner told the New Times on Monday that the city had not been served with the lawsuit yet, but that he would not comment on a pending case anyway.