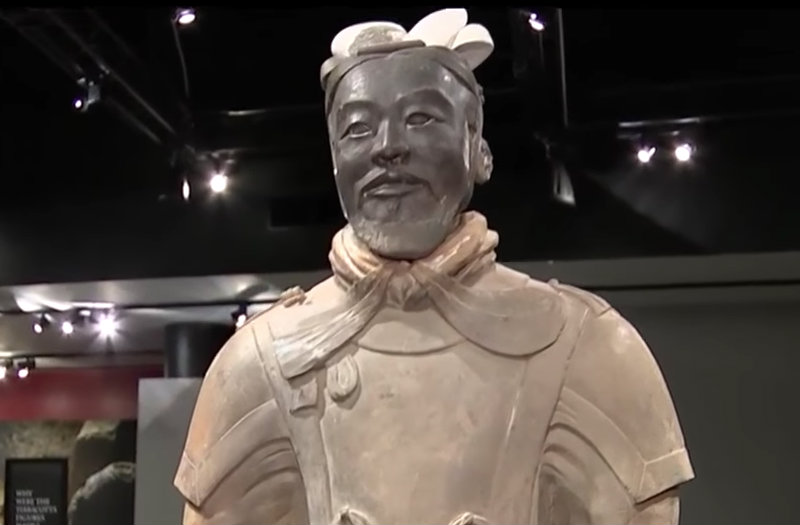 We love a good museum heist, so it caught our interest when Michael Rohana, 23, was indicted Wednesday for a theft from The Franklin Institute. What did he allegedly steal? A Picasso? Abe Lincoln’s favorite pen?

A thumb. He stole a thumb from a terracotta warrior statue, according to prosecutors for the Department of Justice, and it could get him up to thirty years in prison. Authorities say the statue dates back 210 or 209 B.C.

The terracotta warriors were statues buried with Qin Shi Huang, who is known as China’s first emperor.

Prosecutors claim Rohana moved the thumb from The Franklin Institute in Philadelphia over to his home in Bear, Delaware.

Rohana is fighting the accusation. His attorney argued in court that the government must prove that the thumb, which was on loan to the Franklin Institute from the Chinese government, is actually worth at least $5,000 and at least 100 years old in order the prove the charge of theft of a major artwork from a museum. The attorney, Catherine C. Henry, argued that the thumb was not part of the original statue, but was part of an restoration effort, according to The Courier Post.