Man Broke into Homes, Then Got into Bed with Residents: Cops 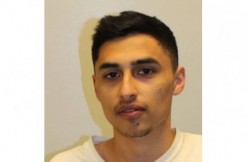 A thousand apologies if you read this story before bedtime. Police in Inver Grove Heights, Minnesota say a man broke into six homes on May 7, and crawled into bed with some sleeping residents.

It happened all within a one-mile radius, according to documents obtained by Fox 9. Tyler Rodriguez allegedly went wild in the middle of the night, between 2:45 a.m. and 4:30 a.m. Six houses in under two hours. Busy man.

In one instance, an 11-year-old woke up to find him between her and her six-year-old sister, police say. He ran off. That was at about 3 a.m. Around 3:30 a.m., he broke into another home, then slipped into bed with another woman. She told police Rodriguez never touched her.

Rodriguez was arrested in the sixth home of his alleged spree at about 4:30 a.m. Police said he appeared to be either drunk or high. He now faces two counts of first-degree burglary and four counts of trespassing.
–