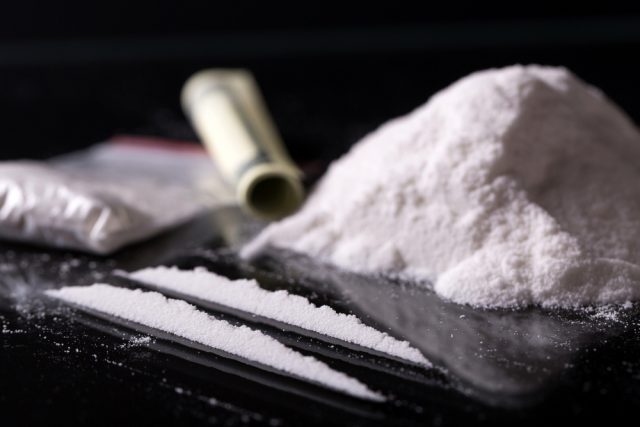 LOS ANGELES (AP) — Children played and slept surrounded by pounds of cocaine at a Los Angeles day care center that a man used as a drug trafficking hub, authorities said.

“The cocaine was allegedly found in a room next to a child’s bed,” LA City Attorney Mike Feuer said Tuesday, describing a scene with “kids taking naps, or playing, and cocaine is right there.”

Felipe Talamante is accused of trafficking dozens of pounds of cocaine out of the house that also functioned as an unlicensed day care center for children of all ages.

Police had previously arrested Talamante at the same home two years ago — also for allegedly possessing 20 kilograms of cocaine, according to the city attorney’s office. But that case was not prosecuted, Feuer said. Drug enforcement agents did not return messages asking why.

This year, Talamante met in May with an undercover agent to arrange the sale of 44 pounds (20 kilograms) of cocaine, the agent noticed several kids playing in the home’s front yard, according to a federal criminal complaint filed this month.

Officers conducting surveillance “observed children of all ages being picked up and dropped off at Felipe’s residence,” the court documents said.

Talamante, 48, allegedly told the undercover U.S. Drug Enforcement Administration agent that a day care was being run at the property just a few blocks from an elementary school in the Highland Park neighborhood north of downtown.

Authorities serving a search warrant seized more than 55 pounds (25 kilograms) of cocaine that Talamante had bragged to an informant was “straight from Mexico,” the documents said. The drugs were worth more than $400,000, officials said.

Talamante was arrested May 17 on suspicion of possession of cocaine with intent to distribute. Officials didn’t know if he has an attorney. He’s scheduled to be arraigned July 16.

His 19-year-old son, Miguel Talamente, was also taken into custody and could face drug charges. An arraignment for the son was not announced.

Authorities did not find any certifications for operation of a day care, which authorities said was operated by Talamante’s wife, who was not arrested.

Feuer described drug activity at the home as rampant and said officials were investigating Talamante’s alleged high-level ties to a Mexican drug cartel.

The Los Angeles County Department of Children and Family Services was investigating whether kids were harmed at the home, according to Emilio Mendoza, an assistant regional manager at the agency.

Feuer said during a news conference Tuesday that he has filed a lawsuit asking a judge to declare the property a public nuisance and take it away from Talamante, who could then be banned from the location for a year.

The lawsuit also seeks to keep Talamante from operating any day care center in the city and force him to pay tens of thousands of dollars in fines. The property would then be sold at auction with the proceeds going toward rehabilitating the location.

A separate planned lawsuit will seek a restraining order to prevent the property from being used as a day care in the future, Feuer said.

This article was written by Christopher Weber of the AP.