Man Accused of Faking Own Disappearance to Avoid Legal Problems 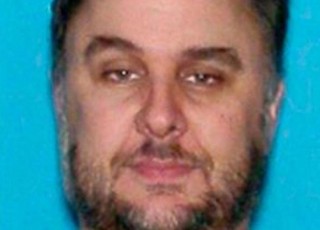 A South Florida banker admitted to faking his own disappearance to avoid legal problems in March 2015, and was indicted on Thursday. Richard Ohrn of West Boca told police the details of his scheme, according to the to the SunSentinel. A sheriff’s report indicated that Ohrn sent a rented, blood-covered boat out to sea, used a motorized inflatable boat to make his way back to land, fled to Georgia, and then called the U.S. Coast Guard to report himself missing. A grand jury has now indicted him on a charge of reporting false distress to the Coast Guard, a federal crime.

The Coast Guard spent two days and almost $400,000 searching for Ohrn, who did not tell his family about the plan. The search began after people on a passing yacht found the empty boat off the coast of Boynton Beach. The report says the boat contained Ohrn’s wallet, keys, and cell phone. Someone who knows Ohrn told the Sheriff’s Office that the missing man had purchased an inflatable boat before disappearing.

Ohrn finally came back and called the Sheriff’s Office on April 12, 2015 to say he was back home with his wife.

While the search was going on, Ohrn’s wife Kathleen told investigators the bank where her husband had worked was suing him for $400,000 for breach of contract. After he returned, Ohrn still had a pending Financial Industry Regulatory Authority complaint against him for allegedly stealing $15,250 from customer accounts and forging or falsifying signatures, the SunSentinel reported at the time. Ohrn eventually settled the FINRA matter, accepting sanctions and a permanent bar from getting a broker’s license through the agency, according to the New York Daily News.

The Daily News reported that after he returned home, his wife said, “Whatever his punishment is, hopefully he learns his lesson and becomes a better person.” A representative from the Palm Beach Sheriff’s Office told the SunSentinel that Ohrn was still in jail as of Monday night.