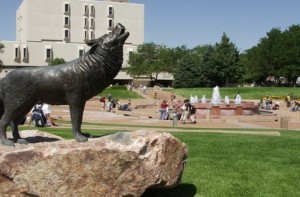 Despite two students swearing up and down that the sex they had was consensual, Colorado State University-Pueblo gave the male student a multi-year suspension for the “sexual assault” anyway.

So alleges former student-athlete Grant Neal, who recently filed a lawsuit against the university. According to the lawsuit, Neal and a female trainer went to the movies and had consensual sex while both were sober. When the female trainer’s co-worker noticed a hickey the following morning, she reportedly misunderstood the female trainer’s explanation and believed she had been sexually assaulted by Neal.

Shortly afterwards, the trainer texted Neal the following, according to the lawsuit:

“One of the other Athletic Training students screwed me over!…She went behind my back and told my AT advisor stuff that wasn’t true!!! I’m trying so hard to fix it all.”

“I miss you & care about you so much Grant! Everything will work out…I promise”

The trainer called her coordinator and told her bluntly, “I’m fine and I wasn’t raped.” She also called her mother to explain that she wasn’t raped, according to the lawsuit. Neal says he even recorded a meeting between the two of them where she made it clear the sex was consensual. Apparently none of it mattered; Colorado State University-Pueblo found him guilty of sexual misconduct anyway and gave him a de facto expulsion.

The University released this statement:

“CSU-Pueblo cares deeply about its students and is committed to providing a safe and secure education environment… In light of student-privacy laws, the university is prohibited from commenting about specific student discipline cases. Accordingly, CSU-Pueblo is required by law to refrain from discussing any details of the matter.”

“I’ve now covered two consecutive cases where the “victims” agreed with the accused that their sex was consensual…” opines Reason‘s Robby Soave. “What happened at CSUP was nothing short of a scandal: a cabal of vicious, sex-negative administrators ruined a young man’s life and told a young woman she has no sexual agency.”