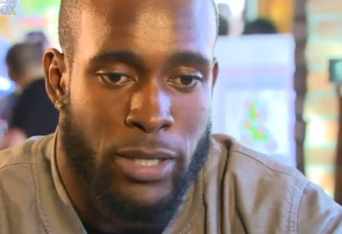 Seattle Seahawks safety Kam Chancellor told a local radio station that he felt like a victim of racial profiling after the police were called as the result of a misunderstanding at gym in Redmond, WA.

“The first thing the lady did was look at us with an evil devil look and shooed us off,” Chancellor reportedly said when describing the incident in detail during an interview on Power 99.1 FM.

According to Chancellor, he was interested in possibly buying a gym that had recently closed down, so he and four friends went out to view the property last week.  Chancellor said they were looking through the windows of the gym when they noticed two female employees inside.  He said they tried to get the attention of the women in order to get more information about the property, but the women refused to opened the door and told the men to leave because they were calling the cops.

Chancellor said his friends were confused and disgusted that the women would act that way when all he wanted was more information about the property, so they all got in their vehicle and left, only to be pulled over by police about five blocks away from the gym.  He said the cops allowed him to go once he explained what happened.

The Seattle Times obtained a copy of the 911 call and reported the caller told police that the five men — three African-American and two white — had been outside the building for at approximately 10 minutes and they appeared to be “bad news.”

“I don’t know if they are homeless kids. I know that there used to be a lot of heroin addicts around here,” the caller reportedly said.

Becky Range, a spokeswoman for the Redmond Police Department described the incident as a misunderstanding.

The owner of the gym expressed regret over the incident in a statement released last week but he denied that his employees did anything wrong.  The owner cited guidance from the Richmond Police Department for his employees to report suspicious behavior after a series of recent break-ins at the property.  He also said that he had attempted to reach out to Chancellor about his desire to purchase the property in a formal business discussion, and added that Chancellor or anyone else interested in the property should contact him prior to the public auction in April.