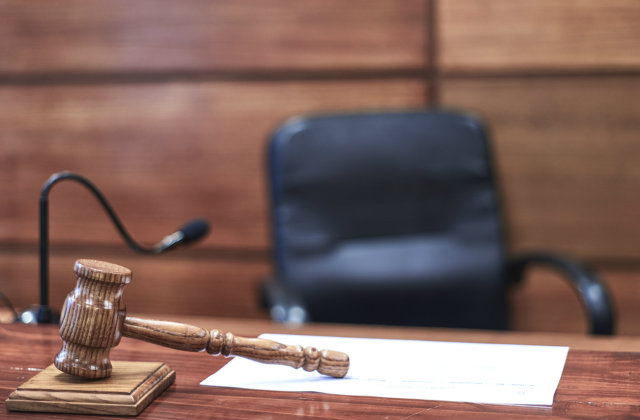 Up in Quebec, a judge is under scrutiny after saying an “overweight” 17-year-old girl probably enjoyed attention from the 49-year-old who sexually assaulted her.

The girl said that in 2015, taxi driver Carlo Figaro stopped the car near her home to lick her face. He groped her breast and genitals over her clothes, in spite of her attempts to push him off and get out of the vehicle. Judge Jean-Paul Braun found the defendant guilty of sexual assault in May, but not before making comments that landed him in trouble, according to the CBC.

Braun said the girl was “a bit overweight, but she has a pretty face.” He also challenged prosecutor Amélie Rivard over whether there could actually be different degrees of consent for different actions, like kissing someone in contrast to grabbing their butt.

This was the prosecutor’s answer, as the CBC put it:

Rivard replied that she hadn’t come across that distinction in the jurisprudence.

He also suggested that the teen, who had a religious upbringing, maybe liked the attention from the older, apparently handsome Figaro, who had “nice manners,” “liked to wear cologne,” and “look good and doesn’t seem his age.” He suggested that the girl flirted. Rivard said in court that even if that were true, it didn’t did mean she consented.

Braun didn’t think the girl made it clear that she didn’t want to be kissed, but he found Figaro guilty because the teen obviously didn’t consent to what happened after.

The judge found it hard to believe the the defendant had never noticed the 17-year-old before, even though the driver stopped often at the cafe where she worked. Braun’s reasoning: “taking into consideration the [teen’s] figure, which is quite voluptuous; the court specifies that she is a pretty young girl.”

The verdict is being appealed. Figaro has yet to be sentenced. He claimed the sexual assault never happened, and that the teen only rubbed the back of his head.

Quebec’s Justice Minister Stéphanie Vallée is promising to file a formal complaint with the province’s magistrates council over the judge’s comments. She called his statements “unacceptable.”

The council and the Quebec court both declined to comment.

[Image via Warehouse of Images and Shutterstock]