Jail Cell Masturbator ‘Could Not Help Himself,’ When He Saw Woman, Police Say 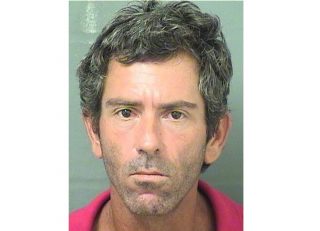 A 45-year-old man who was in jail for allegedly stealing hundreds of dollars worth of hygiene products, was caught doing something rather unhygienic, police say. According to West Palm Beach Police, John Mongiovi said he had to “pleasure himself” when he heard a woman’s voice and saw her through a crack in window blinds while he sat in a cell, the Palm Beach Post reported.

He is now facing a charge for indecent exposure, on top of the original felony theft charge that he was in jail for in the first place. He’s in on $15,000 bond. Let’s hope he can control himself for the duration of his stay.