In Texas, it’s Legal to Have Sex With a 17-Year-Old, Just Don’t Take a Picture 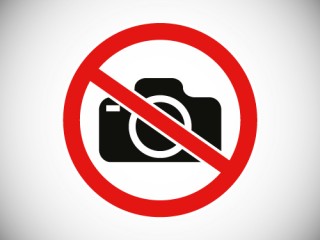 A 51-year-old math tutor is being charged for an alleged sexual relationship with a 17-year-old student, but not for the reasons you might expect. Aldo Leiva, a staff member at Sharpstown High School, said that he was only a friend and tutor of the student, according to the criminal complaint, but the girl told police that they had a sexual relationship. The age of consent in Texas is 17, so the relationship itself isn’t illegal, but authorities discovered that the student had sent Leiva nude photos of herself. Since she’s under 18, he’s now being charged with possession of child pornography.

So how is the having a sexual relationship okay, but a picture isn’t? Sec. 22.011 of the Texas Penal Code, which covers sexual assault, defines a child as “a person younger than 17 years of age.” But Section 43.26 says defines child pornography as “visual material that visually depicts a child younger than 18 years of age … engaging in sexual conduct.” Sexual conduct includes “lewd exhibition,” so a nude photo of a 17-year-old is illegal, even though having sex with them is not.

It’s unclear why there is a discrepancy between the age restrictions for these actions, but it could have to do with the evolution of who is considered a minor. A proposed draft of the penal law from 1970 defines a minor as someone under 16, a 1972 draft says under 17, and today, a minor is someone under 18. Laws against child pornography and related offenses seem to be in lock step with who is considered a minor, as those drafts show. Similar federal laws also define a child as a minor under the age of 18. Since the age of consent is different, that accounts for the one-year gap.