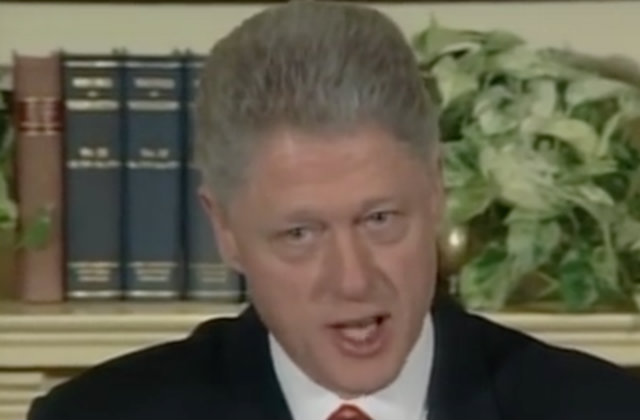 “Witch hunt”: That’s Donald Trump‘s favorite term for Special Counsel Robert Mueller‘s and Congress’ investigations into alleged collusion between his campaign and the Russian government during the 2016 election. Hell, this Republican president whipped it out Sunday afternoon.

As the phony Russian Witch Hunt continues, two groups are laughing at this excuse for a lost election taking hold, Democrats and Russians!

Anyway, the House of Representatives impeached Clinton on Dec. 19, 1998 for perjury and obstruction of justice.

So calling investigation a “witch hunt” turns out to be a bipartisan tradition. America!