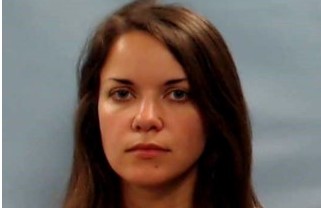 On Tuesday, a grand jury indicted baker and ex-Marine Laura Buckingham for trying to get her ex-boyfriend killed, Good Morning America reports. Buckingham, 29, had been in a custody dispute with the father of her child, Bradley Sutherland. Authorities claim she recruited her new lover Joseph Chamblin to kill Sutherland, but Chamblin told the Roane County Sheriff’s Office in Tennessee. Authorities said they set up a sting operation in February, where an undercover cop pretended to be a hitman, getting Buckingham to pay money.

“I thought it was a joke,” Sutherland said at press conference after her arrest. “In all honesty, we all thought we were being punked for a short period of time.”

A Tennessee resident, Buckhingham is locally famous for her cooking skills and military service. As for Chamblin, he also served in the Marines, but left after video surfaced of him peeing on dead Taliban fighters.

He also suggested that if she’s convicted, several elements could keep her prison sentence way shorter than the maximum of 60 years. Buckingham apparently suffers from post-traumatic stress disorder (which affects veterans more often than the general population), is pregnant again, and seems to have Sutherland’s sympathy. Abrams said this info might inform a possible deal, and a less severe punishment.
–