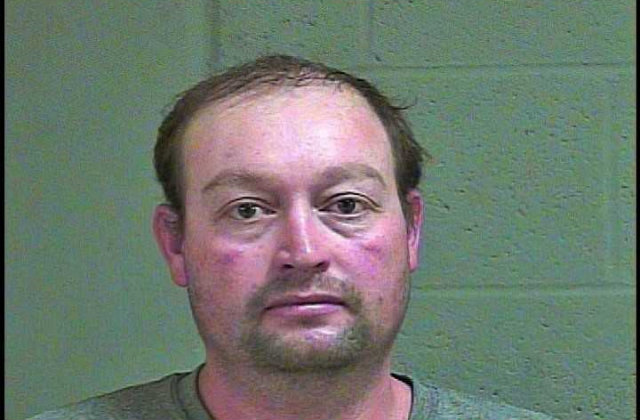 Let’s talk about a hypothetical. Say you just hit a woman with your truck in Oklahoma City. Hypothetically. She’s caught under it, trapped. Do you A) Freak out about the woman under your vehicle? or B) Declare that you don’t care about her, just your damaged truck?

For 36-year-old Arturo Saavedra this the above situation isn’t a hypothetical, it’s a serious allegation. Police in Oklahoma City said he was driving while intoxicated when he accidentally pinned a woman with his truck, according to an arrest report obtained by KROF.

It started when a 24-year-old woman’s SUV ran out of gas. She started pushing the vehicle, but that’s when a truck driven by Saavedra reportedly crashed into it from the other side, police said. The crash was such that the woman ended up under his truck.

Witnesses told cops that Saavedra threw a fit. Not over the victim. They said he screamed that he didn’t care about the woman under his truck, but only about the damage caused by the crash, witnesses said. Police booked Saavedra for DUI, not having a driver’s license, failure to devote full attention, and being involved in an accident while intoxicated.

The woman involved in the incident survived, police said. She was brought to a hospital in critical condition, but is now expected to recover from the accident.

Oklahoma County Sheriff’s Office records obtained by Law&Crime show that Saavedra was booked Monday morning by local police. He is being held in lieu of $5,000.