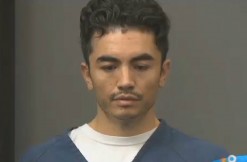 In San Diego, California, 36-year-old Luis Ramos is going to prison for a very gross reason. The ex-dental assistant pleaded guilty in May to sexually assaulting patients who were under anesthesia. Prosecutor Martin Doyle said his victims ranged in age from 17 to 63. The judge at a sentencing hearing on Friday will determine how long he’ll go to prison for 13 felony and misdemeanor charges. He faces up to 15 years in prison.

The story broke in February after Ramos was charged with touching a 17-year-old’s breasts, even putting his head against her chest. This report encouraged other women to step forward with claims he sexually assaulted them too. Doyle said Ramos worked at Park Boulevard Oral and Maxillofacial Surgery for three years. It’s no breaking news that he’s no longer employed there.