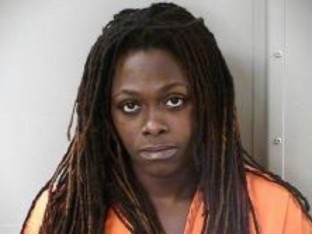 A teacher in Tennessee is facing reckless endangerment charges after police say she was driving around with three children in the trunk of car.

Andria Desha James, was arrested Sunday at a gas station after police received a tip from a concerned citizen about a woman driving around with kids in the trunk of her car. In addition to the three kids found in the trunk, six more were riding in the vehicle’s cab area.  All the children are thought to be between the ages of 8-10 and there have been no reports of injuries.  Parents were called to pick up their children from the gas station.

It’s unclear why students were riding in James’ car in the first place, but an interview with one parent seems to indicate that she would often pick up kids on the weekend to take them to the local YMCA and other places as rewards for good behavior.

Local school officials told NewsChannel 5 in Nashville that James was a part-time tutor and would be placed on administrative leave immediately. She is currently out of jail after posting bail and has a court date on March 9 where she will face 3 counts of child endangerment.