Cops Say Man Was Jerking It; Suspect Says He Was Just Shaking It Up 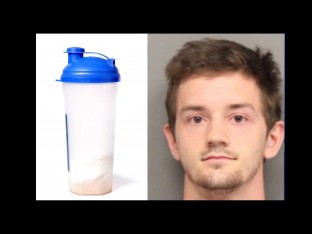 A 21-year-old Nebraska man faces two misdemeanor charges of indecent exposure after pair of incidents over the past two weeks in Lincoln.

All of this provided police with enough information to approach the registered owner of the vehicle, Nathan Grimes, 21, at his home earlier this week.

1011now.com reports Grimes admitted to being at Casey’s on Monday, but he then told cops the witnesses were mistaken about what they allegedly saw him doing in the vehicle.

The cops, evidently, did not buy Grimes’ story.  He was arrested and taken to Lancaster County Jail on the two misdemeanor charges of indecent exposure.  He is reportedly out on bail, awaiting his next scheduled court appearance on September 20.