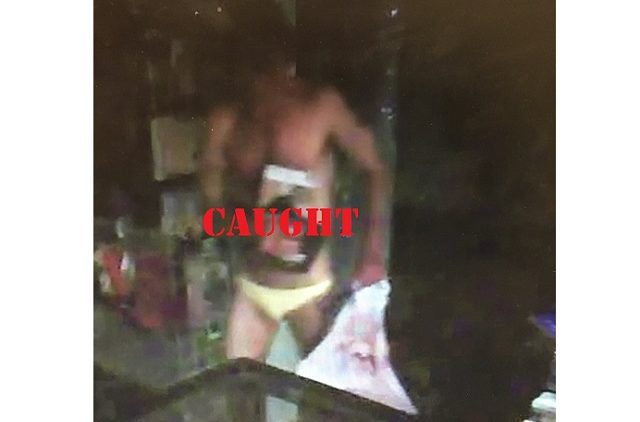 Officers in Laguna Beach, California made an arrest after an alleged burglary took place last week at Delicate Illusions, a store described as a “romantic boutique.” Security video showed a man dressed in tiny underwear inside the store. Police said they recognized the suspect right away, and identified him as Reese Westenberger.

The cops issued a bulletin throughout the department announcing Westenberger as a suspect, and on Wednesday, a bicycle patrol officer spotted him. After a short chase, Westenberger surrendered, a police statement said. He is facing charges for burglary, grand theft, and vandalism.

The store owner claims that the perpetrator made off with $1,400 in cash and merchandise.