Approximately 438,000 Unmarried Florida Couples Are No Longer Breaking the Law 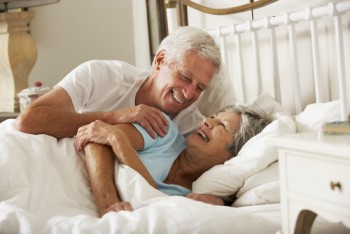 Florida Gov. Rick Scott signed a bill into a law on Wednesday to officially end the Sunshine State’s 148-year-old ban on unmarried couples living together.

The anti-cohabitation statute was first passed in 1868 and included a punishment of up to 2-years in prison and a $300 fine if “any man and woman, not being married to each other, lewdly and lasciviously associate and cohabit together.”  The punishment was amended over the years, most recently in 1971 to include up to 60 days in jail and a $500 fine as a second-degree misdemeanor, but the law was never fully taken off the books.

The bill co-sponsors say it made little sense to keep the law on the books given the changing values and beliefs about unmarried couples living together, but they say the foremost reason they introduced the repeal to address the concerns of senior citizen constituents.

“I represent communities of seniors, where a lot of them are technically not married,’’ said Rep. Richard Stark, a co-sponsor of the bill. “They are living together, but it makes more sense financially or for whatever reason like Social Security to not be married. I don’t think that they want to be considered to be violating the law.”

The bill unanimously passed the Senate by a vote of 38-0 and then passed by a 112-5 vote the House.

As of yesterday, Michigan and Mississippi are the only states to still have statutes on the books making cohabitation illegal.