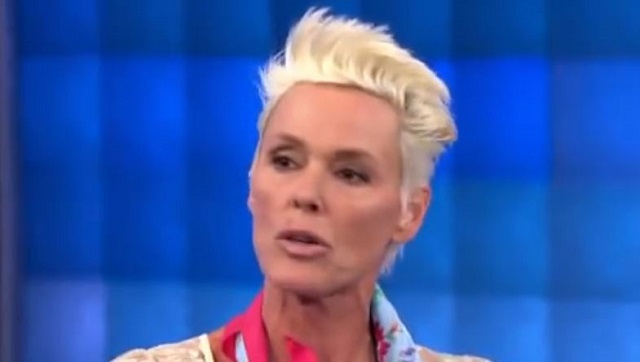 Last week, The Daily Mail published a detailed story of how in 1986, a 16-year-old woman filed a report with the Las Vegas Police claiming that Sylvester Stallone and his bodyguard sexually assaulted her in his hotel room. Now, Stallone’s ex-wife Brigitte Nielsen says that there’s no way this happened because she and Sly were together the whole time.

“This incident did not occur,” Nielsen told TMZ. “Most of the day, I would watch him film, then we’d have dinner and go to our room. No other person was in the room with him, but me.” Stallone was shooting the movie “Over the Top” at the time. “During the summer of 1986 we were newlyweds. I was inseparable with Sylvester when ‘Over the Top’ was being shot in Las Vegas,” she said.

Stallone’s “Over the Top” costar, David Mendenhall, was said to have been the one to introduce Stallone to the teen, according to The Daily Mail. Mendenhall also denies the story.

“I was shocked when I read the Daily Mail article,” he said, saying that the only people he introduced to Stallone were his family members. “It’s completely false that I introduced a 16-year-old female stranger to Mr. Stallone near an elevator in the Hilton, or anywhere else for that matter.”

The Daily Mail article included a scanned document that they claim is the official Las Vegas Police report of the alleged incident, despite saying that the alleged victim didn’t want to pursue criminal charges. According to TMZ, however, the Las Vegas Police doesn’t have a record of the report.

Nielsen and Stallone divorced in 1987, and have reportedly not spoken in decades. Still, the former model felt the need to defend her ex.

“I can say for certain that it is impossible for this incident to have occurred,” Nielsen said.