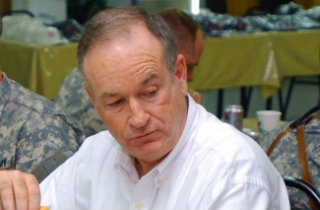 Back in May, we told you about Gawker’s report that Fox News Channel host Bill O’Reilly was pursuing a lawsuit against his ex-wife, Maureen McPhilmy. In lieu of a proper complaint, there was a vague notice saying that he would be suing her for defrauding him during their divorce as a way of financing her “existing extra-marital relationship.” On Friday, Gawker followed up further, reporting that not only did the lawsuit proceed, but O’Reilly got a judge to make all of the proceedings secret.  And, in fact, if you try to search the online docket for “McPhilmy, Maureen,” as LawNewz did, the case doesn’t show up anymore. On Friday, Gawker revealed that they are fighting to change that.

O’Reilly successfully convinced Judge Roy Mahon of the Tenth Judicial District (Nassau and Suffolk Counties; i.e. Long Island) that per the terms of his and McPhilmy’s 2009 separation agreement, they “are contractually obligated not to disclose information related to this dispute as they agreed it is in the best interests of their children, which overcomes the right of public access to records.” O’Reilly also expressed his desire to limit media attention, being that previous coverage of the divorce caused his and McPhilmy’s children “extreme emotional distress.”

Because it’s highly unusual for an entire civil case to be made secret (as opposed to just specific filings to as to protect personal privacy and corporate secrecy), Gawker filed a motion to intervene and vacate the sealing order on Tuesday. The deadline for O’Reilly’s response is August 17th. LawNewz has reached out to Fox News for a comment on Gawker’s motion and will update this article if we get a response.