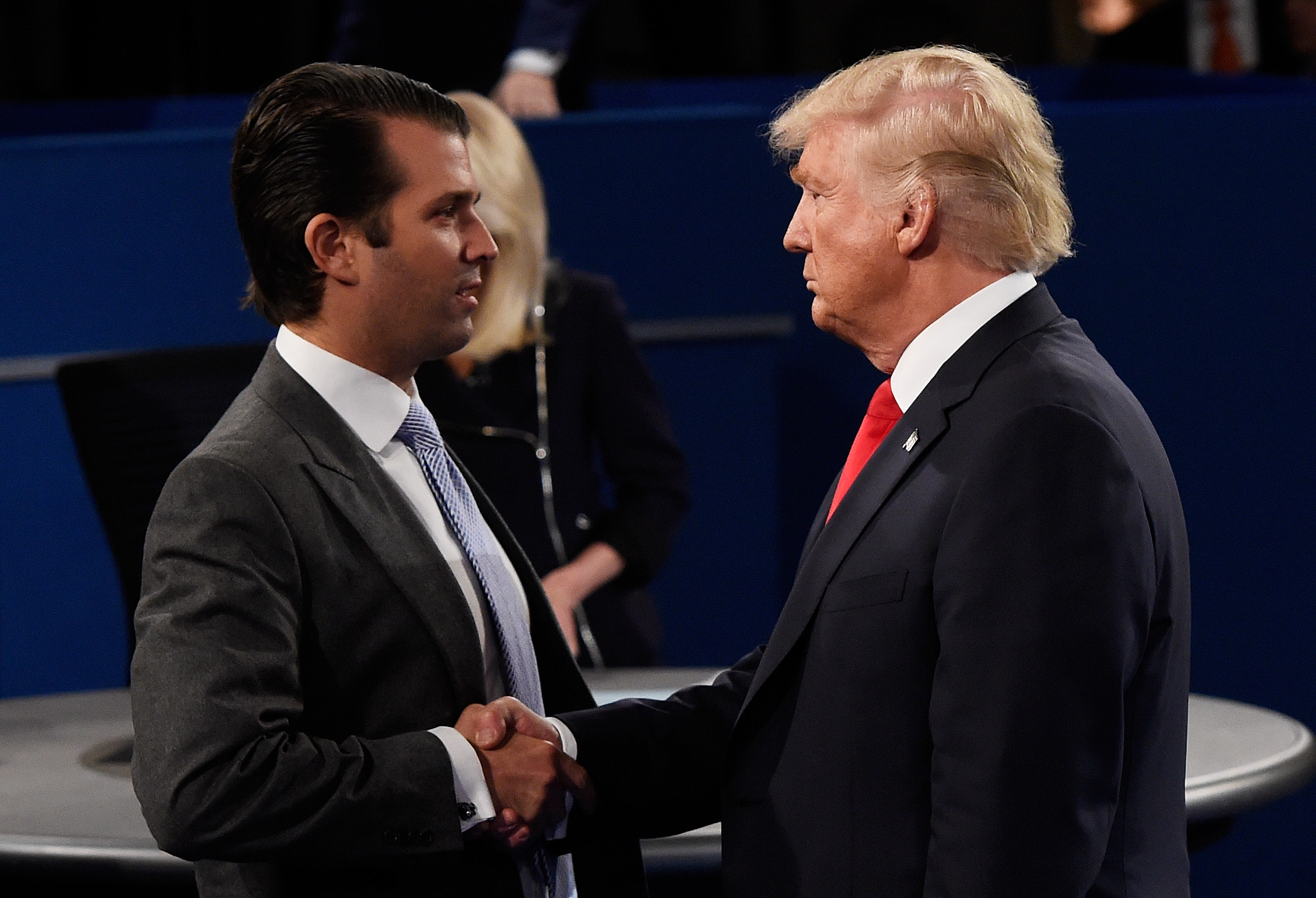 A bombshell report in the New York Times on Saturday revealed that Donald Trump Jr. met with an emissary for a Saudi Arabian prince in order to help seal the deal against Hillary Clinton during the 2016 presidential election.

Less then two months prior, however, then-candidate Donald Trump tore into the former secretary of state because her family foundation accepted millions of dollars from a brutal, repressive and right-wing theocracy. That country? Saudi Arabia.

On June 13, 2016, Trump tweeted, “Saudi Arabia and many of the countries that gave vast amounts of money to the Clinton Foundation want women as slaves and to kill gays. Hillary must return all money from such countries!” Twitter user Jesse Lee dredged that tweet up:

Here is what Trump was saying about Bill Clinton’s global charity accepting money from Saudi Arabia to save millions of impoverished lives, right around the time his son was discussing Saudi Arabian interference in the election to corruptly help them win. pic.twitter.com/pP8WQZFu5H

Trump’s accusations regarding Saudia Arabia’s particular variant of radical Islamism are more or less on point–despite some obvious issues with accuracy.

While women are not considered chattel slaves in the Kingdom of Saudi Arabia, women’s rights are exceptionally regressive in the petrol-rich gulf state as well as many other gulf Arab nations. As for gay rights? That’s not a particularly welcome concept either.

In perhaps America’s favorite monarchy, homosexuality is expressly illegal and punishable by death. As Politifact noted, however, there’s no evidence that Saudi Arabia pushes gay people off of buildings–the preferred form of death penalty in Saudi Arabia is head-chopping. Politifact also noted that ISIS has engaged in the practice of pushing gays off buildings, but their form of Islamism is sourced from–and heavily funded by–Saudi Arabia anyway, so this could be considered splitting hairs.

As several outlets noted at the time, the Clinton Foundation has received in excess of $10 million from Saudi Arabia, so Trump was more or less correct there, too. But Trump’s concerns for human rights viz. any association with Saudi Arabia apparently didn’t filter down to his oldest son.

According to the New York Times, the August 3, 2016 meeting between Trump Jr., emissary George Nader, Israeli social media expert Joel Zamel and Trump advisor Erik Prince was premised, in part, on the idea that two princes–one from Saudi Arabia; one from the United Arab Emirates–were dedicated to helping Trump become the 45th president of the United States.

Federal election laws preclude such assistance. As the report makes clear, though, it’s presently unknown what assistance, if any, the Saudis or the Emirates ultimately provided to the Trump campaign.