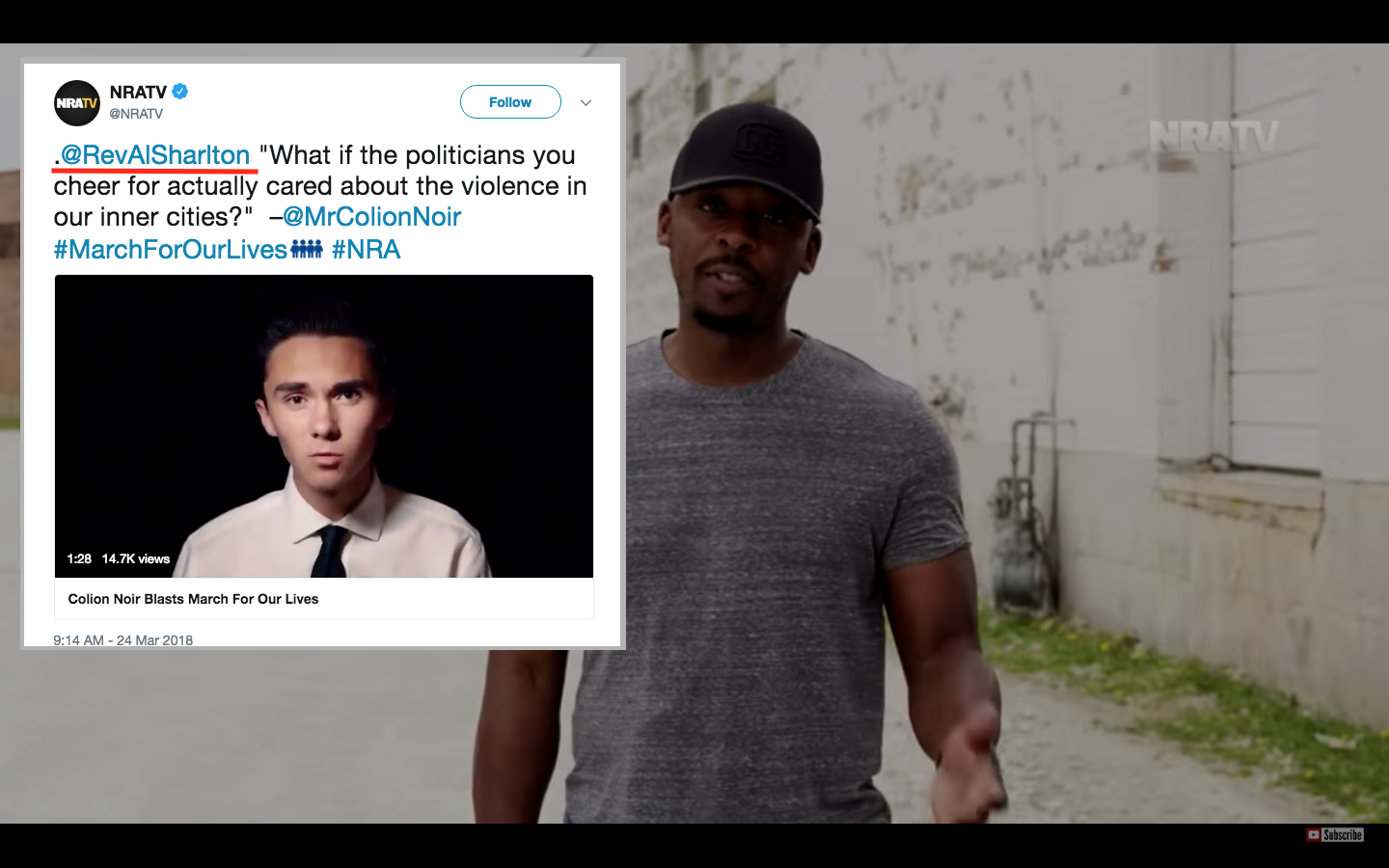 At 9:14 a.m. on Saturday, the NRA’s account promoted a video by host Colion Noir. This video was tweeted to an obviously fake account pretending to be the infamous New York reverend:

What if the politicians you cheer for actually cared about the violence in our inner cities?

.@RevAlSharlton “What if the politicians you cheer for actually cared about the violence in our inner cities?” –@MrColionNoir #MarchForOurLives #NRA pic.twitter.com/iESMpN8WF9

This is the NRA’s second faux pas in the same day–and both include Noir.

To all the kids from Parkland getting ready to use your First Amendment to attack everyone else’s Second Amendment at your march on Saturday, I wish a hero like Blaine Gaskill had been at Marjory Douglas High School last month because your classmates would still be alive and no one would know your names, because the media would have completely and utterly ignored your story, the way they ignored his.

Noir’s survivor-taunting comments were roundly criticized. Now, his operation has apparently given critics another full magazine worth of ammunition.

Brooke Binkowski, the managing editor at Snopes, one of the internet’s first fact-checking and reference sites, noted: