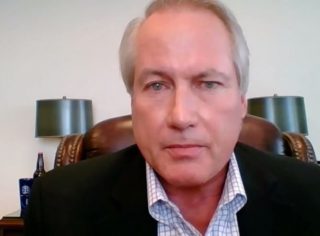 L. Lin Wood, Burke Ramsey’s attorney, will be speaking with LawNewz.com about “The Case Of: JonBenét Ramsey,” which aired on CBS earlier this week. You can tune in to our chat live at 3:30 on our Facebook page here. The two-part documentary has drawn widespread attention after the investigators on the show came to the conclusion that JonBenet’s brother Burke was the one who likely killed her.

Wood said in a statement obtained by LawNewz.com that CBS “juxtaposed lies, misrepresentations, distortions, and commission with few grains of truth to falsely accuse Burke Ramsey of killing his sister.” He says that they are also “absolutely planning to file a defamation suit.”

As we previously reported, the CBS panel suggested that Ramsey, then 9, hit his sister in a fit of childish anger. They said it likely wasn’t a premeditated killing, but the parents may have covered it up to protect their only surviving son. In their television investigation, former FBI profiler Jim Clemente and criminal behavioral analyst Laura Richards questioned whether the Ramsey family was telling the truth about Burke being asleep during the 911 call. They claim that the recordings indicated that John Ramsey might have been talking to a child.

CBS is standing by the story, and plans to fight the claim in court.