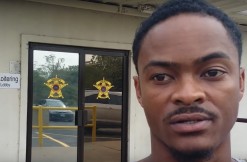 Texas Cop Michael Kelly was indicted Friday for tasing a city councilmember in October. Let’s go through the check list: Kelly is white; the alleged victim, Councilman Jonathan Miller, is black; and the town in which this happened, Prairie View, Texas, is both predominantly black, and the same town in which Sandra Bland was arrested.

Police footage of the incident can be seen below, with Miller on his knees while Kelly uses the stun gun (it happens at the 4-minute mark):

Kelly says Miller was resisting arrest, but the grand jury disagreed. He faces a misdemeanor charge for official oppression, which can happen if a Texas public servant knowingly and unlawfully subjects another to arrest or mistreatment.

Prairie View Police Chief Larry Johnson didn’t comment except to say the tasering didn’t represent his department. He also mentioned that Kelly was getting ready to turn himself in.