Chris Brown Will Not Face Charges For Las Vegas Assault 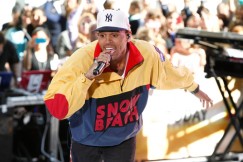 Las Vegas Police failed to charge Brown finding insufficient evidence to support Gutierrez’s claims that the “Loyal” singer punched her in the face at a party shortly after New Years. Brown has repeatedly found himself to be the subject of such claims, including an assault accusation by record producer Jeremih.

Though Brown has often found himself on the wrong side of the benefit of the doubt, it appears Gutierrez has a history of high-profile celebrity drama herself. The model had a run-in with singer Jason Derulo after being denied entry to his after party in Hollywood last August.

Brown’s public relations team went on the offensive from the outset, denying Gutierrez’s claims and denouncing them as “unequivocally untrue.” Gutierrez was denied access to Brown’s party, according to his people.

Brown’s manger, Mike G, voiced his frustration with the media’s one-sided depiction of Brown via Twitter:

2 days after this story BS broke over 750 articles were written. Today 7 stories have been… https://t.co/vRNsv6xuOs