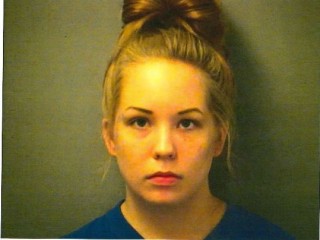 So, we can’t make this stuff up. Stephanie Knapp, a 20-year-old Michigan woman, is facing two felony counts after police say she posted another woman’s genitals on Facebook. A woman called the Bay County Sheriff’s Office after being alerted to the the images. She forwarded two screenshots to investigators including one of her genitals.

According to mlive.com, the woman said she had sent the racy photo to her ex who she believe forwarded the picture on to other people. When contacted by investigators, the ex said his phone had been stolen at a party and “never recovered.”

The woman who called policed claimed that she had a falling out with Knapp “over a man.” Knapp faces charges including using a computer to commit a crime and unlawful posting of a message.

According to Michigan law, unlawfully posting a message includes:

(a) The person knows or has reason to know that posting the message could cause 2 or more separate noncontinuous acts of unconsented contact with the victim.

(b) Posting the message is intended to cause conduct that would make the victim feel terrorized, frightened, intimidated, threatened, harassed, or molested.

(c) Conduct arising from posting the message would cause a reasonable person to suffer emotional distress and to feel terrorized, frightened, intimidated, threatened, harassed, or molested.

Facebook policies specifically prohibit posting nude photos like this.  Knapp is expected to appear in court on September 14.