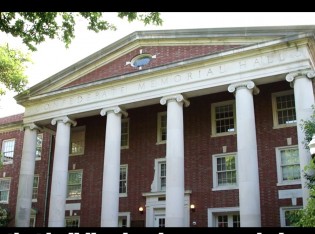 Vanderbilt University will reportedly pay $1.2 million to remove the name Confederate Memorial Hall from the facade on a dormitory building of the Nashville campus. The Tennessean reports the decision brings an end to dispute between the school and the Tennessee Division of the United Daughters of the Confederacy (“Daughters”) that has been ongoing for over a decade.

The article explains the Daughters were given naming rights to the building back in 1933 after they donated $50,000 to help fund construction of the dormitory.  The building opened in 1935 and the name Confederate Memorial Hall has been carved in stone on the front of the ever since.

Back in 2002, the school announced plans to drop the “Confederate” name from the building and rename it Memorial Hall.  Upon hearing that decision, the Daughters filed a lawsuit to prevent the change.  In 2005, the Tennessee Court of Appeals issued its opinion, finding the school could remove the name from the building but had to repay the original donation at its current value — determined to be $1.2 million.

According to the report, anonymous donors recently raised the necessary funds to repay the original donations and the Vanderbilt Board of Trustees approved the decision to move forward with the change.  Construction crews were said to be on site on Monday evening, already working to cover up the building’s name.