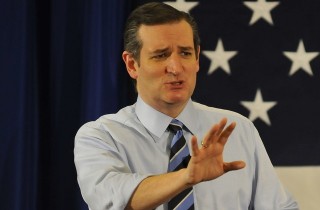 A Utah man has appealed his case against Ted Cruz all the way to the U.S. Supreme Court.  And, get this, LawNewz.com confirmed it is officially on the court docket for consideration to be heard.  In fact, Ted Cruz’s attorneys have until May 5, 2016 to respond to the petition for writ of certiorari. A cert petition is filed by a losing party in a lawsuit asking the Supreme Court to review a lower court’s decision. Of course, that doesn’t mean the Supreme Court will take up the case, they could deny it. Nevertheless, it is an interesting development in the so-called Ted Cruz birther saga, which of course was fueled by his opponent in the Republican presidential race, Donald Trump.

In this case, 65-year-old Walter Wagner sued Ted Cruz in a federal court in Utah, contending that he is not eligible for the presidency because he was born in Canada. The Constitution requires that you must be a “natural born citizen” in order to hold the office of President.

“I’m not supporting anyone. I just want to bring to the court’s attention that Cruz is a natural-born Canadian,” Wagner told LawNewz.com in an interview.

In March, Judge Jill Parrish of U.S. District Court in Utah dismissed the case for lack of standing. The judge wrote:

Wagner is not giving up. His appeal is also pending in the United States Court of Appeals for the Tenth Circuit

“I think there is a good shot that they will take up my case,” Wagner said. “I think its of national importance.”

But, truth be told, his case has a pretty slim chance of being heard by the U.S. Supreme Court, they only grant a very small percentage of petitions.

“Whether or not doubts about Senator Cruz’s eligibility to run for President are well founded, this cert petition is not. It is frivolous. The petitioner clearly lacks standing – not because he is filing pro se (the Supreme Court regularly grants pro se petitions) – but because he lacks standing under basic principles of Article III, meaning that the Court doesn’t have jurisdiction to hear the case,” Yale Law School professor Linda Greenhouse told LawNewz.com. Greenhouse covered the U.S. Supreme court for decades while serving as a reporter for The New York Times.

Wagner is convinced he has the law on his side on this one.  His standing in the case aside, legal experts are somewhat divided on whether or not Cruz qualifies as a natural born citizen.  In March, a judge ruled that Cruz, is, in fact, qualified to be president, in a not much talked about opinion in Pennsylvania. A final determination on this issue has never been made by the U.S. Supreme court.