Well it’s been five days, and the Portland Police Department still hasn’t removed this horrifyingly misguided tweet from its account. 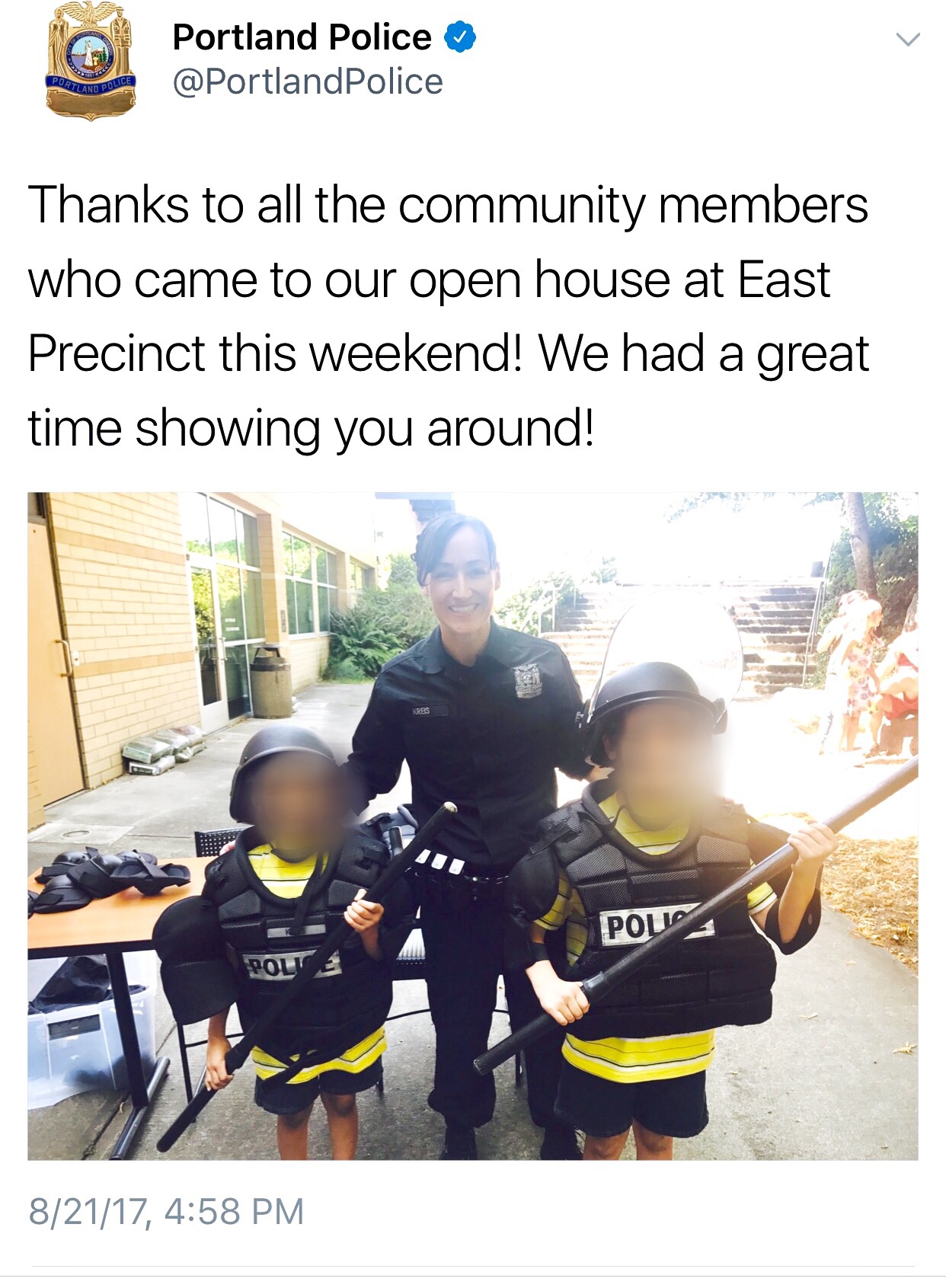 Apparently, the Department hasn’t quite gotten the message that showing small children in riot gear isn’t really a great PR move. Twitter schooled the Portland Police in that way only Twitter can. The responses ranged from the tell-it-like-it-is:

Seriously WTF @PortlandPolice? I guess you’re committed to digging the hole deeper and widening the gap between yourselves and our community

This is horrifyingly offensive. Are you actively trying to terrorize the community, or is that just an unexpectec side benefit?

Small children in riot gear. Your PR and social media people should be re-assigned, @portlandpolice. https://t.co/AEGKdkvonk

And from the creative:

easily the most dystopian image i’ve seen today, thank you

Way to normalize the militarization of the police for our youngest citizens, this will make our transition to a police state easier

While most responses condemned the cops for their photo-blunder, there were a few who defended the Portland Police. Some were motivated by nostalgia:

loved the open houses in my area when I was a kid for both the local police and military. Awesome memories.

Others, by a textbook false analogy:

C’mon! If they were at the firehouse in fireman gear & on the truck etc Would that be an issue?
We have enough to be outraged about stop it

And still others by outright denial.

As is so often the case, though, the philosophical take was likely the most accurate:

@PortlandPolice Thinking this was a good idea explains a lot.