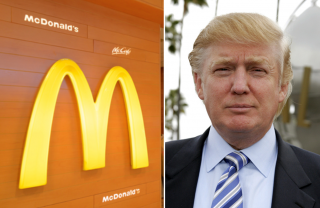 On Tuesday, we told about how Judge Gonzalo Curiel ruled against Donald Trump in his motion for summary judgment, finding that there is enough to go forward with the Trump University case. Curiel has been the subject of Trump’s public criticism for his “Mexican” heritage. In his order, the judge found that there was a genuine issue of material fact as to whether Trump was involved in the “scheme to defraud” and whether he made representations that were “false and misleading” to students regarding the so-called university.

In last night’s post, we left out that best part! Trump’s lawyer actually compared Trump University to Hamburger University in an attempt to illustrate that Trump U was more of a “corporate university” as opposed to an accredited educational constitution. Yes, like the University at McDonald’s where managers study up on how to flip hamburgers and the like. As reporter Brad Heath over at USA Today pointed out —not a winning argument! Judge not buying it.

Trump U. lawyers comparing their institution to Hamburger University. turns out not to have been a winning argument. pic.twitter.com/tcARtZc6m3 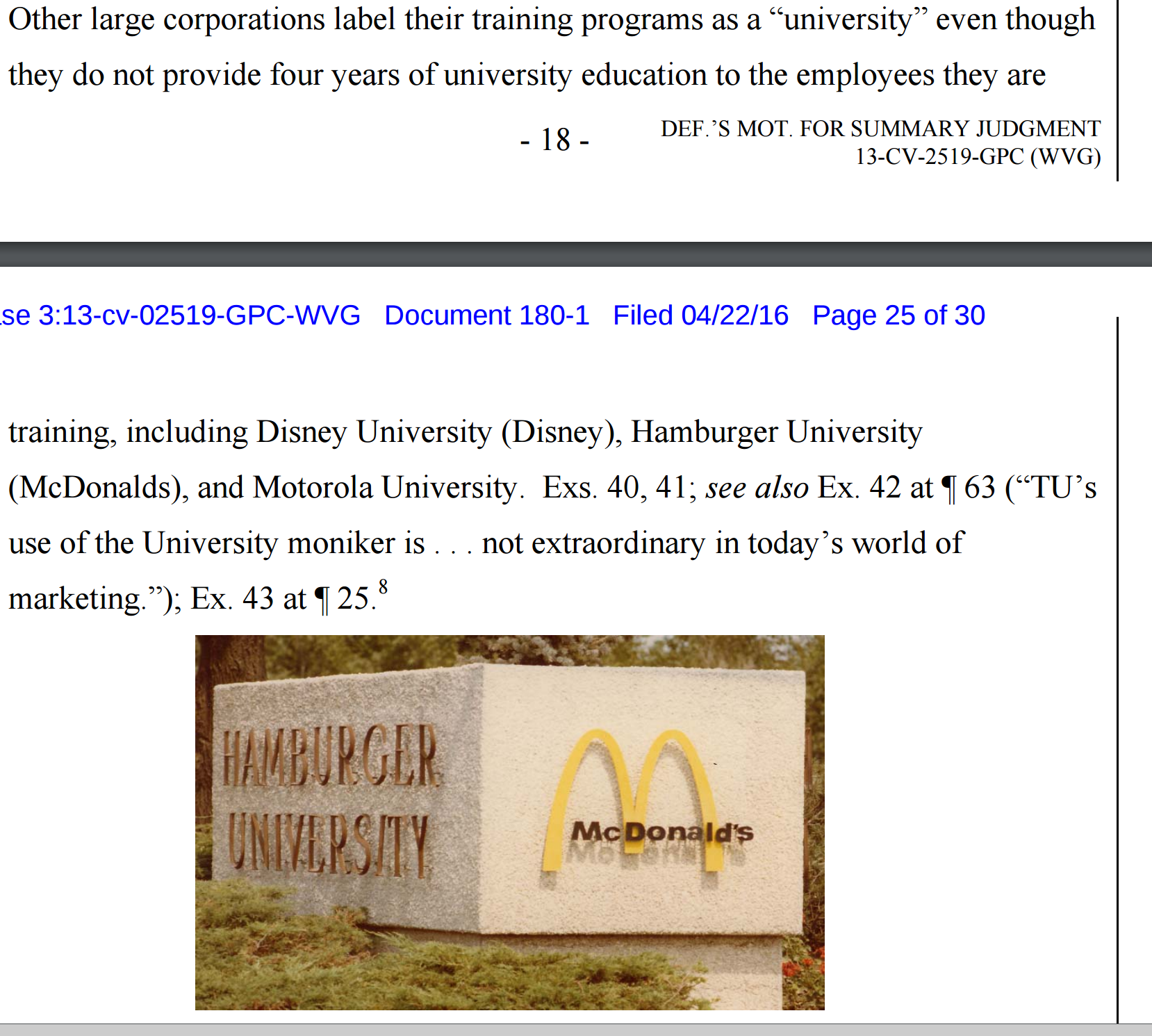 In response to Trump’s motion, Judge Curiel wrote “Plaintiff points to evidence in the record that Defendant’s statements in the Main Promotional Video, as well as TU’s “Marketing Guidelines,” encouraged TU students to associate TU with accredited universities rather than so-called corporate ‘universities.'”