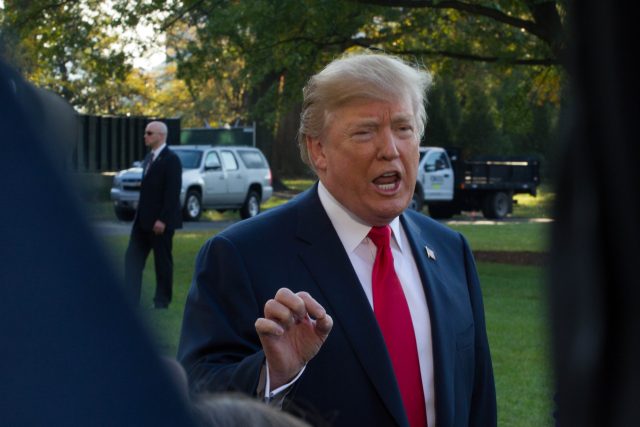 Early in President Trump’s tenure, talking heads on every cable news channel became overnight experts in the “Emoluments Clause” of the Constitution. Just a handful of days after the inauguration, a lawsuit was filed by Citizens for Responsibility and Ethics in Washington (“CREW” — a government watchdog group) alleging that President Trump had violated the clause by maintaining ownership of his businesses. The general theory was that under the Constitution, the President has an obligation to insulate himself from any foreign influence that would come in the shape of gifts or profits, and that the kinds of profits the president receives through his international corporation are precisely the kind that violate such an obligation. In other words, presidents can’t take bribes, and doing business with foreign governments and large foreign companies is something of a bribe per se.

President Trump responded to the lawsuit by saying that it was “totally without merit,” and to some degree, the federal judge presiding over the case has agreed. Okay, “agreed” might be overstating things a bit, because the case wasn’t actually decided on its merits, but rather, was completely dismissed because of the preliminary issues the case raised.

As we predicted when the lawsuit was first filed, standing proved problematic for CREW’s complaint. As the plaintiff, CREW needed to prove that it had standing to sue. Standing is the requirement that a plaintiff must have been actually harmed by a defendant’s person’s wrongdoing. In the context of emoluments violations, standing was especially problematic (and indeed, turned out to be fatal) for the plaintiffs. Although the president has a Constitutional obligation to avoid receiving emoluments, no one (other than perhaps a competing hotel or business owner) would suffer direct financial losses as a result of such a violation. In its complaint, CREW laid out twenty-seven ways it has been harmed by Trump’s alleged violation of the Constitution, most of which amounted to CREW’s having been forced to dedicate its already thin resources to monitoring Trump’s conflicts of interest.

“To be sure, CREW alleges that the time, money, and attention it has diverted to this litigation from other projects have placed a significant drain on its limited resources. But such an allegation, by itself, is insufficient to establish an injury in fact.”

Judge Daniels went on to characterize CREW’s version of the facts as “too tenuous to satisfy Article Ill’s causation requirement.” At the heart of the judge’s decision may well have been another vulnerability of this case we discussed at its filing – that the federal court’s power to remedy this matter is unclear at best. Judge Daniels explained:

“Plaintiffs are likely facing an increase in competition in their respective markets for business from all types of customers-government and non-government customers alike-and there is no remedy this Court can fashion to level the playing field for Plaintiffs as it relates to overall competition”.

It may well have been that impotence that tipped the scales in President Trump’s favor. The Court went even further, too, and seriously limited its definition of “emoluments”:

“Nothing in the text or the history of the Emoluments Clauses suggests that the Framers intended these provisions to protect anyone from competition. The prohibitions contained in these Clauses arose from the Framers’ concern with protecting the new government from corruption and undue influence.”

Although the core of Judge Daniel’s decision rested on the issue of standing, he did devote some analysis to the issue of justiciabilty. CREW would have needed to prove that its claim raised a question appropriate for litigation. In legal lingo, a valid claim must raise a “justiciable issue,” and not merely a “political question.” The difference between the two is complex, but essentially rests on the analysis of whether the dispute is better answered by the legislature or by the judiciary. On this issue, the Court again sided with the defense, and extricated itself from the proceedings:

“As such, this case involves a conflict between Congress and the President in which this Court should not interfere unless and until Congress has asserted its authority and taken some sort of action with respect to Defendant’s alleged constitutional violations of its consent power.”

While President Trump’s assessment that the lawsuit was “without merit” may seem correct in spirit now that the case has been dismissed, it would probably have been more accurate to have said the case was “without the ability to proceed in court.”  In the future, there may very well be other groups, businesses, or individuals who actually can establish standing to sue over an Emoluments violation.  For now, though, those seeking to bring down Trump via lawsuit are out of luck.