Thousands of Men Convicted of Homosexuality Will be Pardoned 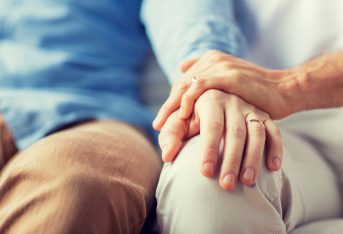 Thousands of British men who were convicted of homosexuality prior to its decriminalization in the UK are set to be pardoned under a law named after World War II codebreaker Alan Turing.

The “Turing Law” provides automatic pardons to anyone still alive who was convicted of consensual same-sex acts under now abolished anti-homosexuality laws, Yahoo News reports.  Prior to the passage of the “Turing Law,” individuals convicted under the old system could only be cleared through a “disregard process.”  In addition to its impact on living individuals, the “Turing Law” also grants thousands of posthumous pardons.

Alan Turing was a pioneer in the field of computer science and during World War II he worked with teams at the Bletchley Park on the ultra secret — decoding the German Enigma machine.  The recent Hollywood blockbuster the Imitation Game was based on Turing’s life.

After Work War II, Turing was prosecuted for homosexuality in 1952 and underwent chemical castration.  Soon thereafter in 1954, Turing took his own life.

England and Wales decriminalized homosexual acts between men over 21-years of age back in 1967, but laws remained on the books in Scotland and Northern Ireland until the early 1980.

In 2013, Queen Elizabeth II formally pardoned Turing and that act is said to have spurred calls for the blanket pardon law that is set to go into law.

“It is hugely important that we pardon people convicted of historical sexual offenses who would be innocent of any crime today,” Justice Minister Sam Gyimah said, according to the BBC.