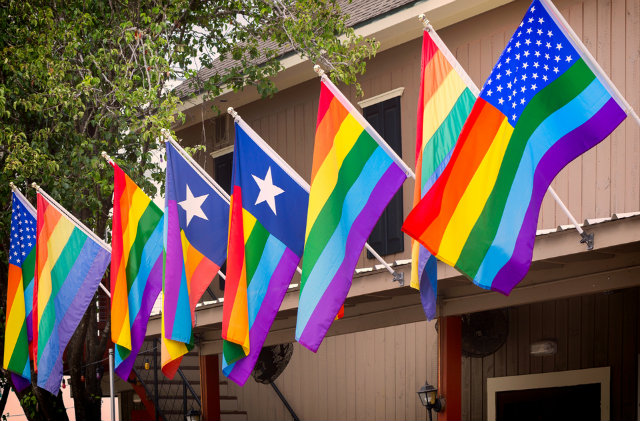 A new ruling calls into doubt whether same-sex couples are guaranteed government-subsidized marriage benefits under the U.S. Constitution. The Texas Supreme Court on Friday ruled that Obergefell v. Hodges, the 2015 Supreme Court case that established a right to same-sex marriage, didn’t handle the question of tax-funded perks. Now they’re remanding the case to trial court.

All this stems from a 2013 decision by then-Mayor of Houston Annise Parker. She got legal advice, in the wake of a recent Supreme Court decision in United States v. Windsor, to extend benefits to city employees’ same-sex spouses legally married in other jurisdictions. Local men Jack Pidgeon and Larry Hicks opposed this on religious grounds, and sued in December of that year. After a federal court dismissed their first lawsuit, they were at it again with another complaint in October 2014.

It wasn’t yet clear if the U.S. Constitution protected same-sex marriage, so plaintiffs argued that Houston was “expending significant public funds on an illegal activity.” They managed to pick up a temporary injunction against the mayor’s policy, but that was overturned by a state appeals court.

But a lot changed as that decision was pending. On June 26, 2015, the U.S. Supreme Court decided 5-4 that the Constitution did protect same-sex marriage.

What remained unclear for the Texas Supreme Court, however, was how far the ruling went. In his ruling, Justice Jeffrey S. Boyd said Obergefell didn’t require states to “provide the same publicly funded benefits to all married persons.”

That’s what the trial court has to sort out, he wrote.

[Image via michelmond and Shutterstock]