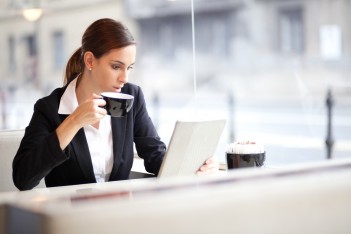 Millennials often get a bad rap, especially around the corporate workplace and traditional silk-stocking law firms.  Office managers from pre-Millennial generations, such as Gen-Xers, often complain that the younger Millennial generation is a bunch of snowflakes that need extra coddling and generally do not take well to anything resembling criticism — even the constructive type.

These negative attitude towards Millennials essentially became common knowledge, especially in the legal field (although based on what is happening on many American campuses today, it is not like Millennials did much to dispel such notions).  It reportedly got so bad that major legal publications began writing articles this past year “questioning how Big Law should adjust” to this new generations of lawyers that were unlikely to conform to traditional norms of major law firms.

Though, it now appears as though fears associated with Millennials ruining the traditional workplace were overblown, according to a report in the Harvard Business Journal.

The report looked at a new study that found a greater percentage of Millennials considered themselves to be “work martyrs” as compared to Gen-Xers and Baby-Boomers.

According to the report, “Millennials were much more likely to agree with [the following] four statements” if they consider themselves to be work-martyrs:

Additionally, the report found Millennials are less likely to take time off than their older co-workers, partly out a fear that they will be replaced for taking time off.  Yet, this fear is apparently unfounded, because the study also found “that sacrificing vacation time has no net benefit on your career.”  In other words, taking the regular, allowed time off likely won’t lead your employer to replace you.   n fact, the report states, “[W]ork-martyrs are more likely to be stressed at home and at work, and less likely to be happy with their companies and careers.”

So, as one commentator concludes, Millennials should knock off the workaholic attitudes or they may soon still be blamed for bringing about a different unwanted change to law firms — the normalization of 2,500 billable hours per year!