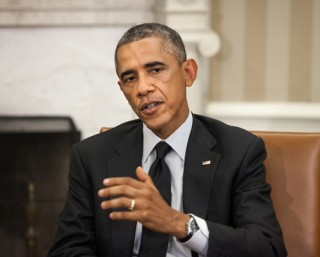 Had Antonin Scalia still been alive, Texas v. U.S. would likely have been an excitingly bad SCOTUS decision. But Scalia’s absence means that the Court’s “decision” relating to immigration was a big snoozefest. If SCOTUS had decided the case by saying, “YES! Let’s put terrorists, criminals, and other sketchy people on the first bus out of the country and leave the people who are living like regular, hard-working Americans for later,” I’d have been happy. And if SCOTUS had said, “No. This country is crowded enough, so let’s throw out everyone that didn’t get here legally,” I’d have been annoyed, but at least it would have felt like a decision.   Instead, SCOTUS issued a one-line statement that essentially said, “we can’t get along, and we’re not going to browbeat the swing justices over a procedural issue as boring as standing.”   And with that, President Obama’s plan for immigration reform will be stuck in 5th Circuit purgatory until President Trump or President Clinton dispatches it further.

Ok, let’s back up. In 2012, President Obama looked around at the zillion (okay, eleven million) immigrants in the U.S. who came here unlawfully, and came up with a short-term plan to prioritize use of the Congressionally-appropriated deportation budget. The immigration piggy bank has got the same issues as the FBI or NEA or any other federal agency piggy bank: not enough money and too much yet to accomplish. I’ve read estimates that Congress appropriates about enough to deport 400,000 of the 11 million immigrants here illegally each year. So President Obama directed DHS to allow “certain young people” (who might have been deported) to apply for a two-year deportation deferment after they’d passed a background check.” The concept was that if we can only afford to deport a small percentage of undocumented immigrants each year, why not start with the ones who are grownup criminals. I’m no expert, but that sounds good to me.

Obama’s program was called Deferred Action for Childhood Arrivals program (“DACA”), and under it, 1.2 million people qualified for a deferment. Not so shockingly the program worked well, so the Secretary of Homeland Security (under POTUS’ direction) added another plan called Deferred Action for Parents of Americans (“DAPA”) to allow parents of those who would have been eligible under DACA to apply for deferment. A child or parent given a deferment under these programs wouldn’t become a citizen, or get a green card, or be granted any other legal status – he or she would simply be deemed lawfully present in the United States for a couple of years. Lawful presence is a big deal, because it means that the person wouldn’t be categorically denied certain benefits (such as social security benefits or health insurance); the status change doesn’t mean that these folks would automatically get any benefits – just that they’d be allowed to do things like buy health insurance, or pay into social security. Neither DACA nor DAPA said anything about granting permanent amnesty to any of the eleven million immigrants here illegally; both were simply short-term plans directing DHS to deport other groups of immigrants first. Honestly, of this whole issue, the part that seems most ridiculous is that anyone would even need a presidential mandate here; wouldn’t every law enforcement agency prosecute young kids and their law-abiding parents after they’ve already handled more sinister bad guys? Apparently, Texan logic is just different.

So why is Texas all hot and bothered about this deferment plan?

According to Texas, deeming millions of immigrants “lawfully present” would cause utter pandemonium in its state economy. See, one difference between “here illegally” and “lawfully present” would be that these immigrants would now be eligible for drivers’ licenses. And apparently, giving out those drivers’ licenses would be really, really burdensome for Texas.

I’m calling bullshit on Texas’ argument here. The $130.89 Texas purports to spend issuing each driver’s license to an immigrant is surely recouped tenfold by that same individual registering a car, driving, and paying tolls and gas taxes instead of taking the bus. Plus, people who are lawfully present can lawfully own property (and pay tax in it), work (and pay tax on the income) and participate in the economy more (and pay sales tax). So I really don’t want to hear about how overworked the Texas DMVs are going to be.

How did this turn into a Supreme Court case?

The State of Texas (joined by 25 of its Obama-hating friends) filed a lawsuit asking the District Court to “enjoin” (legalese for “stop”) DHS from continuing to implement DACA and DAPA. The federal government defended, saying that the plaintiff states didn’t have “standing” to sue in the first place, and that the entire lawsuit should be barred from even proceeding. Sidebar: standing is an important issue in lots of federal lawsuits. For a lawsuit to be properly filed, it’s not enough that the plaintiff would simply like a decision on something. The plaintiff needs to show that it actually has something tangible tied up in the outcome of the case. The feds lost at the district level, and the Fifth Circuit, in a predictable move, sided with the states saying, “Texas does too have standing. That drivers’ license stuff is serious business.” Appeal to SCOTUS followed, and deadlock ensued.

What could have happened?

In the lawsuit, Texas and its cohorts threw a whole bunch of creative arguments at the wall, hoping to see some stick. Even though the appeal to SCOTUS on standing was a procedural question, the arguments raised were spoilers for the underlying lawsuit. Shadows of the classic conservative cry, “Obama thinks he’s a king!” made their way through the pleadings, and many court-watchers really wanted SCOTUS to reprimand POTUS for exceeding the bounds of his authority by absolving millions of felonious illegal immigrants of their crimes. I guess that would have been cool, except there’s basically no question that the president is allowed to do exactly what President Obama did with DACA and DAPA. Congress already legislated (in 1986, under President Reagan, for anyone getting ready to blame a Democrat) that the executive branch is absolutely authorized to handle the conferring of privileges onto immigrants. Plus, deportation is a “prosecution” and we’ve known since at least U.S. v. Nixon (in 1974) that the decision to prosecute lies solely in the hands of the executive. And lastly, the executive branch is the one in charge of foreign affairs, and deporting people is pretty clearly filed under “foreign affairs.” So let’s cut the crap with how President Obama is an unlawful tyrant.

The Barack-as-tyrant argument is also diametrically opposed to another argument Texas tried out in this lawsuit. In addition to yapping about the high cost of drivers’ licenses, the plaintiffs also complained that President Obama violated the “Take Care Clause” of Constitution because he hasn’t deported enough immigrants.  The Take Care Clause isn’t one you hear a lot about, because it’s vague, and not particularly controversial.  The mandate, “the President shall take Care that the Laws be faithfully executed” is not exactly one that comes to mind as relevant in this immigration dispute.

Still, I would really have loved Ruth Bader Ginsburg to ask the Plaintiffs how President Obama could simultaneously be exercising too much power and not enough power. Either he’s commandeered the ship, or he’s asleep at the wheel – but it really can’t be both. Fun as RBG’s decision (or at least dissent) would have been, all we got was the deadlock on standing.

What did the Supreme Court actually do?

Nothing. It voted four to four on the issue of standing, which means that the Fifth Circuit’s decision to block DAPA and DACA during the pendency of the underlying lawsuit stands.  If Scalia had been around to cast a fifth vote in this case, we might have had the same result (a decision that the plaintiffs had good standing to bring suit), but likely with a decision that opined on the suit’s underlying merits. Either way, though, this lawsuit will work its way through the federal courts, which will take a while. As the case proceeds, millions of undocumented immigrants will live in daily fear of sudden deportation.  And by the time any court actually considers the merits of the executive orders, we’ll have a new president who will be causing newer, more exciting problems for us to dissect.  Until then, we are all relegated to watching as the nation’s high court continues to become a political pawn in the 2016 election.