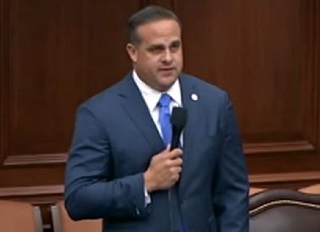 The Florida State Senator who was in hot water after using the n-word in front of black colleagues resigned on Friday. Frank Artiles submitted his resignation letter to Senate President Joe Negron, who was the subject of Artiles’ rant at a local bar that was his undoing.

Artiles was complaining about Negron to a group that included Senators Audrey Gibson and Perry Thurston, who are black. He said that Negron only became Senator “If it wasn’t for these six n******,” referring to certain Republicans. He also caught flack for referring to Gibson as “a f***ing a******,” a “bitch” and a “girl.”

In his letter, Artiles said:

I am responsible and I am accountable and effective immediately, I am resigning from the Florida State Senate.

It’s clear there are consequences to every action, and in this area, I will need time for personal reflection and growth.

Artiles apologized to his friends and family, as well as to “all of my fellow Senators and lawmakers.”

On Wednesday, Artiles also apologized directly to Negron on the Senate floor.

In his apology, Artiles explained his use of the n-word as being part of his vernacular, growing up in a diverse neighborhood. “I know my explanation is inadequate, but it is sincere,” he said. “I realize that my position does not allow me for the looseness of words or slang, regardless of how benign my intentions were.”