Money? Kids? Brangelina’s Divorce: Everything You Need to Know 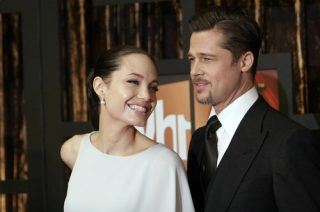 On Tuesday, Angelina Jolie shocked the world by filing for divorce from her husband Brad Pitt. The couple has been married for just over 2 years. Jolie said that she is filing divorce for the “health of the family.” Legal experts believe that by making the first move, Jolie could be sending a signal she is ready for a fight. We know you’ve got lots of legal questions about the Brad-Angelina divorce, and we’ve got answers.  We will start with the most commonly asked question.

What’s going to happen with the kids?

The couple has six children, who are all under the age of 16. The court will ultimately have to decide what is in the best interest for them. Angelina has asked for “joint legal custody” (which means both parents have equal right to receive information and make decisions for the children), but has asked for “sole physical custody” – meaning that the kids will live with her and just visit Brad. That’s a little weird, since these people have pretty much spent the last decade showing the world how fabulous they are at co-parenting. Jolie will have the burden to prove that the children living with her is a decision in their best interests.

Are they going to fight over who gets the money?

I’m sure they’ll find something to fight about. Their lawyers will see to that. But California is a “community property state,” which means that unless a pre-nuptual agreement says otherwise, anything either spouse acquired during their marriage will be split equally between them.  The couple is estimated to be worth in the hundreds of millions. There’s likely to be some arguing over exactly which houses, cars, and diamonds belonged to each of them before the marriage, or over the extent to which each person’s premarital assets were comingled with the other’s – but I’m not expecting major headlines over distribution of assets.

Wait, so is there no pre-nuptual agreement?

Anything’s possible. But right now, the divorce pleadings make no reference to a pre-nuptual agreement. Granted, that’s pretty ridiculous for people as rich as these two, but hey, there’s no accounting for the things celebrities do. I mean this is a woman who wore a blood locket from her last husband. There had been a rumor back in 2014 that the couple had a pre-nuptual agreement with a strict anti-adultery clause – but it was never confirmed. We’ll just have to wait and see whether a pre-nup exists, if so, what it says, and whether a court will even enforce it.  Spoiler alert: if there’s a pre-nup that says anything about child custody, that part won’t be enforceable by the court. Courts decide kid-related stuff themselves, based on what’s best for the kids at the time of the hearing.

Is anyone going to get alimony?

Doubtful. Alimony compensates a spouse for career opportunities lost while he or she was busy supporting the other spouse’s career. It’d be hard to imagine a world in which Brad Pitt could convince a judge that he tanked his career so that his wife could make more money, or vice-versa. They’ve both got buckets of earning potential and thriving careers, so I think we’re good on the alimony issue.

Does it matter that Angelina was the one to file for divorce?

Maybe. Usually, which spouse is the plaintiff and which spouse is the defendant doesn’t impact who gets which assets or how custody is determined. But it’s interesting that Angelina chose to go straight to court and file for divorce, instead of just privately coming to an settlement agreement with Brad. She fired the first shot. That’s what you do when you’re getting ready to fight.  My Spidey sense says Brad is about to get accused of doing something wrong.

Does it matter if Brad had an affair?

Kinda.  When it comes to the splitting of assets, infidelity is completely irrelevant.  Technically, the same goes for child support and custody.  However, adultery and all the related emotional anguish can creep into divorce lawsuits and be used as leverage by the parties when negotiating any settlement.  And let’s face it.  If you’re married to an international sex symbol, putting an anti-adultery clause in your pre-nup should be standard operating procedure for any spouse.  If there is a pre-nuptual agreement and it creates a financial penalty for an adulterer, an affair could cost the guilty party dearly. Bottom line: the court isn’t going to directly take adultery into account — but if it happened, it’s sure to affect the case in at least some subtle ways.

Is there anything really juicy about this case?

Probably, but we don’t know what it is just yet. Angelina’s filing for divorce and request for sole physical custody are clear signs that something’s up. Marilyn Chinitz, partner at Blank Rome, LLP specializing in matrimonial litigation said: “This could have been handled completely differently. Angelina has put this in the public domain and the question is why. She could also have just started negotiating an agreement, but doing it this way makes it an expression of anger.”

Ms. Chinitz also felt that Jolie’s request for sole physical custody of the children was meaningful in its departure from the family’s longstanding public persona: “They’ve been very open about spending significant time with their kids. There has always been a presentation that both parents are extremely important to this family and these children. They have multiple homes and spend time on location where they’re filming, and always have indicated that children benefit by both parents. Now, Angelina, by asking for physical custody with visitation to Brad, appears to suggest that she is better able to meet the children’s needs, and that sharing custody would not be in the children’s best interests.”

Ultimately, the public’s fascination with this divorce probably says more about us than it does about them. Any other divorce with similar facts would be be handled privately and without fanfare – but because all things Brangelina are fit for the limelight, every detail of their divorce will be scrutinized by the world.   As Ms. Chinitz put it, “Cases become of great interest in these high profile divorces when the public is able to learn facts that are generally kept quiet and private. Those issues may include issues of infidelity, issues regarding substance abuse, issues relating to financial reversals, mental imbalance and any other matter to which the public has previously been kept in the dark and for good reason. That is the price very often of being a celebrity and it is most unfortunate.”